TapTap's treasure trove of mobile games has been a go-to oasis for players since 2016 - and tomorrow, the service is giving fans even more reasons to hold onto their devices with tons of exciting premieres. Now in its third year, TapTap Presents will offer fans a special inside look at some of the most popular mobile games in the market today, and here's everything you can look forward to when the show starts.

Dropping at 4:00 a.m. PDT tomorrow, July 23rd, TapTap Presents will treat fans to new content from Genshin Impact simply by tuning into the show on YouTube, Twitch, Facebook and the TapTap App. The digital showcase ended up with more than a whopping 10 million views last year, so it's bound to have exciting announcements that should top 2021's streak.

In particular, players can expect exciting announcements for XD Inc.'s Torchlight: Infinite, where players can hack and slash their way to victory in an exhilarating action RPG. Kuro Game is also bringing lots of good tidings with its open-world adventure narrative, Wuthering Waves. 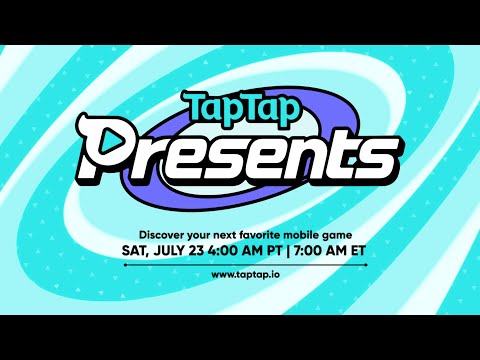 Additionally, players are invited to feast their eyes on the adrenaline-pumping new content for NARAKA: BLADEPOINT Mobile, giving them the chance to due it out with other cutthroat players in an epic battle royale.

And finally, players can get their gear on and start their monster hunting quests with Yeager: Hunter Legend, the 3D mobile game set across an alien environment as developed by IGG.

There are tons of other special reveals in store for players during the show, which include new content for Eternal Evolution, Hero Entertainment's idle battler that will put players' tactical prowess to the test. Beloved fantasy MMORPG Ragnarok M: Eternal Love is also getting a whole lotta love, along with Flash Party, XD Inc.'s competitive multiplayer brawler.

Last year, fans got a taste of everything there is to know about Hearthstone: Mercenaries, League of Legends: Wild Rift, MARVEL Super War and APEX Legends Mobile.

Does all of that teasing whet your appetite for more? There are tons of other mind-blowing announcements you can look forward to when the showcase kicks things off tomorrow, so if you're keen on joining in on the festivities, you can head on over to the event page to know more, or join the community of followers on Twitter to stay updated on all the latest developments.

What's A Preferred Partner Feature?
From time to time Steel Media offers companies and organisations the opportunity to partner with us on specially commissioned articles on subjects we think are of interest to our readers. For more information about how we work with commercial partners, please read our Sponsorship Editorial Independence Policy.
If you're interested in becoming a Preferred Partner please click here.
Next Up :
5 new mobile games to try this week - July 21st, 2022