Opinion: After its initial failure, Sony's now looks to turn PS Vita into a mini-PlayStation 4

Time for a pivot

On the Gamescom 2013 stage in Cologne, Sony's Andrew House fired a not-so-subtle dig at Microsoft.

He quipped that the PlayStation 4 wouldn't change its direction because it was 'consistent' with its message and 'in tune' with consumer desires.

Unlike those 'other console guys'...

The Sony faithful roared with approval but no one seemed to notice that while the PS4 remained 'consistent', its cousin - the PS Vita - was pulling a major change in direction.

18 months since launch, Sony's powerful handheld is an also-ran behind Nintendo's 3DS and the exploding market of mobile gaming. The reason for these depressed sales aren't due to the Vita's price (now down to $199) or niche market, but because Sony has had no idea how to position the Vita in the marketplace.

But now it's finally made its position clear - it hopes to turn the PS Vita into a miniature PlayStation 4.

The impending transformation for Vita from standalone handheld to PS4 companion was made clear in Sony's presentations at E3 and Gamescom this year - both of which failed to unveil any big, original Vita games from first- or third-party developers.

Sure, Gamescom saw the announcement of a Borderlands 2 port and some promising indie titles, but the real 'wow' moment for the Vita came when it was shown supporting Remote Play for Assassin's Creed 4: Black Flag. 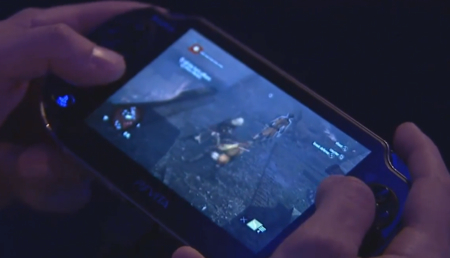 Although little more than video feed from the PS4 to the PS Vita, the seamless transition from console to handheld was impressive to watch and highlighted a clear weakness of smartphones and tablets - which can't (yet) support Remote Play as capably as Vita does.

To that degree, as mobile as changed the places and times in which we game, the traditional living room consoles are also looking to escape from the big screen and gain portability.

You can see this thinking in Nintendo's (failed) Wii U Gamepad. This is the opportunity in which Vita now has to shine.

Yet, it's also a situation where Sony is trying to make lemons out of lemonade, as Vita is in a sluggish position that few would call thriving.

The result of this stagnation has been a dearth of new IPs for the handheld and an overall lack of any Vita-specific games.

In other words, Sony has a wonderfully capable handheld that has very little happening within its ecosystem.

But using it as a small screen for the PlayStation 4 is a brilliant move that will keep gamers in the wider Sony ecosystem when they want to move away from the TV to sit outside on the deck, or visit the bathroom for a few moments of solitude.

Rather than turn off their game or pick up a smartphone, players can now take their console game with them.

Ultimately, the Vita's impending transformation shouldn't come as a surprise, since it was dubbed 'the ultimate companion device' to the PlayStation 4 back in February.

Still, it's interesting to see how 'companion device' is overwriting 'standalone gaming handheld'.

After last year's Gamescom and the strong Vita showing there, Kristan Reed wrote that "If Sony can cling on long enough with Vita to get through to 2013's holiday period, and really ramp up Cross Buy, and follow through with a tempting price cut, then all the pieces may fall into place just in time for a injury time comeback."

We've seen plenty of Cross Buy, and we've just seen the price cut, but the injury time comeback that Vita is now looking to make isn't the one we envisioned twelve months ago.

Instead, the Vita as a handheld looks like it'll be replaced with the substitution of Vita as a PS4 companion device.

Time, sales, and consumer response will dictate where Vita will go from here, although the touted 1 million pre-orders for the PlayStation 4 should generate plenty of opportunities for the Vita to show the games industry what it can do.

Or maybe Sony should just bite the bullet and bundle PS Vita with PlayStation 4. At least that would make more sense than what the 'other console guys' are doing.