Okay, so we have a pristine new iPhone 3G S in its box, and we're a modern internetweb site, so we really do have to publish an unboxing feature. It's the rules.

But to add a twist, we've taken two sets of unboxing shots: one with our old iPhone 3G, and one with the new 3G S. To compare the cameras, see - the 3G S has one more megapixel, a macro mode and an autofocus.

So yes, that means this unboxing is a FAKE, since we had to get the 3G S out and activate it to take the photos. But still, we thought you might like it. 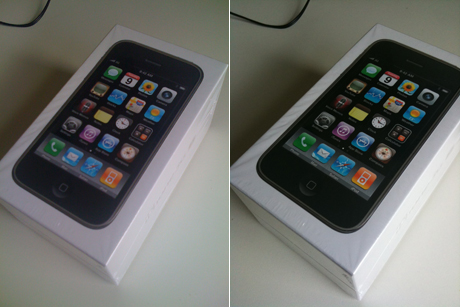 The box! Same as the last box, pretty much! Except you can see the Compass icon at the far right of the second row of icons up. That's new, that is. 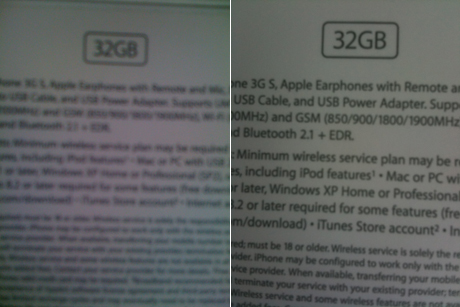 Okay, so there's stuff on the back of the box telling you what's in it. Check the macro mode coming into play in the 3G S shot. 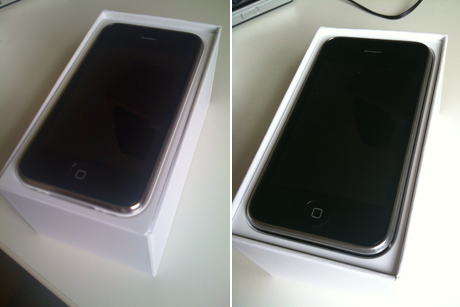 In-box shot. In the right-hand shot, the iPhone 3G is pretending to be a 3G S, while quietly hoping nobody asks it hard questions about hardware acceleration and OpenGL ES 2.0... 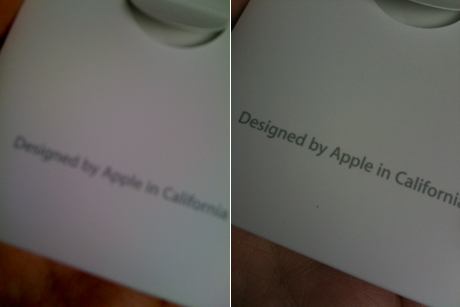 Designed by who, where? Ah, suddenly it all becomes clear. And it's good to see that Apple still hasn't outsourced its design department to China / India / Delaware. No offence to those places, obviously - there are plenty of companies in China who are doing a great job of designing iPhones right now. Ask Apple's lawyers. 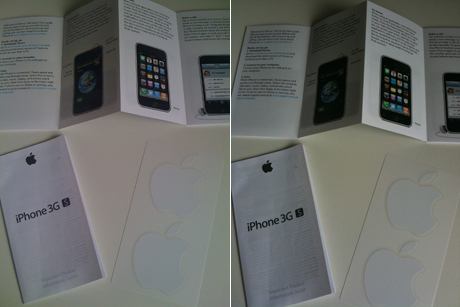 Leaflets, stickers. We're never sure what to do with the stickers, actually. Maybe we can put one on our old Dell PC and try to flog it on eBay as a prototype Mac Pro. 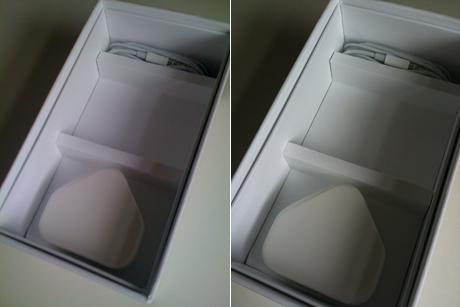 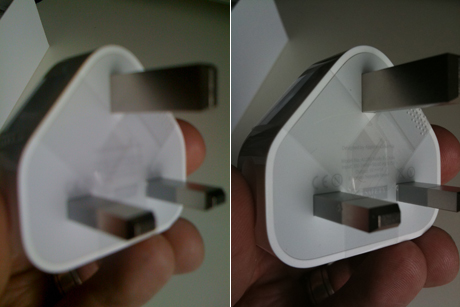 You'd be ashamed if you tried to take close-ups of plugs with the iPhone 3G. Now you can be proud. Truly proud. 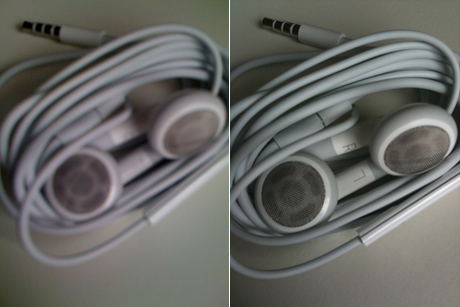 The white earphones are still present and correct. They don't look any different from the ones that come with any Apple product, so that 'No! It's an iPod Shuffle! It only cost 30 quid!' mugging avoidance strategy should still work. 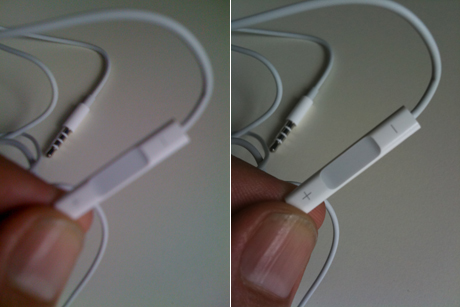 To make a serious point, there are now volume up and down buttons built into the earphones. To make a silly point, any iPhone 3G S owner planning to take close-up shots on a regular basis will need to adopt an effective nail cleansing regime. 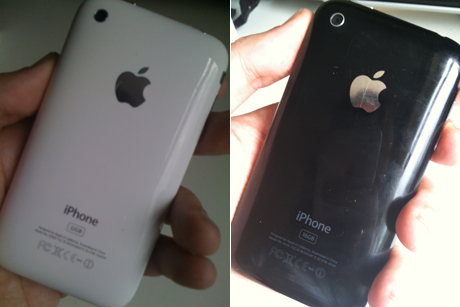 And that's a wrap. Now we get to actually play with it...