Slates in all shapes and sizes

Mobile World Congress 2011 is over. The manufacturers have boxed up their phones, team Pocket Gamer is home from Barcelona, and Will’s down €90 thanks to exorbitant European wi-fi prices.

Well there’s Android’s vice-like grip on the mobile phone market, plenty of retina-tickling 3D visuals, NFC tech that turns your mobile into a credit card, and, of course, more tablets.

As Apple counts the days until its tablet’s first birthday, manufacturers such as Samsung, LG, HTC, Acer, and HP are putting the finishing touches to their iPad-killing slates.

We’ve rounded up five that look like strong contenders for the crown. 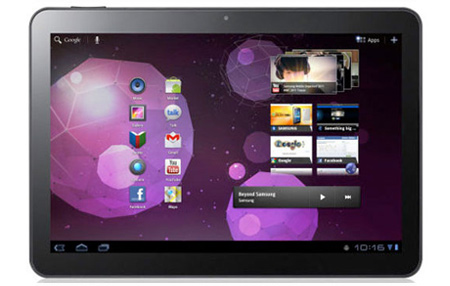 “7-inch tablets are going to be DOA -- dead on arrival.” Apple boss Steve Jobs didn’t mince his words when he condemned dinky slate devices on a recent conference call. “[They’re] tweeners: too big to compete with a smartphone and too small to compete with the iPad.”

Well, despite selling a million 7-inch Galaxy Tabs, it seems Samsung might agree. Later this year, the company will be super-sizing its diminutive Tab, and is offering a bumper version with a 10.1-inch screen, and 1280x800 resolution.

Under the hood, this Android Honeycomb gadget has a purring Nvidia Tegra 2 dual-core processor. It also has two cameras (a beefy 8-megapixel one around the back and a 2-megapixel one on the front) and comes in both 16 and 32 GB versions.

The original Galaxy Tab had its fair share of games, mostly thanks to Gameloft and its tablet ports of games like N.O.V.A., Hero of Sparta and Let’s Golf!. Having screen-size parity with the iPad means the 10.1 Tab would be perfect for ports. 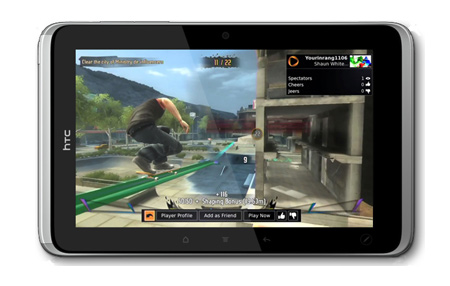 HTC doesn’t play by Steve Jobs’s rules, it seems. The Taiwanese firm is staunchly disagreeing with the Apple boss’s “7-inch tablets are going to be DOA” mantra, by making a tablet sporting a screen exactly that big: 7-inches. And while Jobs memorably stated “nobody wants a stylus" during the iPhone’s debut, HTC’s aluminum unibody tablet comes packed with a pen.

It’s also got a single-core 1.5GHz Qualcomm chip, four times the iPad’s memory with 1GB of RAM, a 5-megapixel snapper and 32GB of storage. All in all, a competitive tablet.

But here’s why it could disrupt the iPad. Thanks to cloud gaming service OnLine, the Flyer can play full, high-quality PC games like Race Driver GRID and Red Faction: Guerrilla simply by streaming them over the web.

You’re going to look pretty silly playing Angry Birds HD on the iPad, when your Flyer-flying pal is beaming Assassin's Creed: Brotherhood from a super-server half-way across the country. 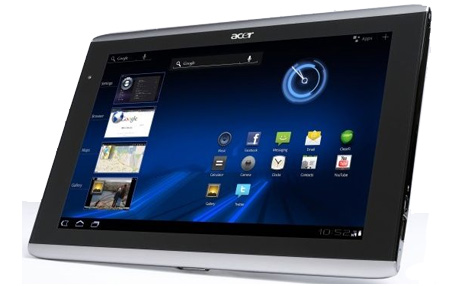 Would you like a cute, Kindle-sized 7-incher, or a hefty, iPad-shaped 10-inch juggernaut? Well, the choice is all yours in the Acer Iconia Tab, an Android Honeycomb slate that comes in both sizes.

The two devices share the majority of system specs: they’ve both got dual-core, Nvidia Tegra 2 processors, 5-megapixel cameras, Flash support and HDMI-out. But the larger, 10.1-inch A500 mode (pictured)l also has double the RAM of the 7-inch A100: 1GB to 512MB.

Games will be a large part of the Iconia Tab. In fact, boot up to this Android device’s custom-made homescreen and you’ll see four big old buttons: one for social networking, one for multimedia, another for eBooks, and a button just for gaming. Exactly which titles make their way to the device, will remain to be seen.

If Android isn’t your bag, the company’s 10.1-inch W500 runs on Windows 7. Not Phone 7, but the classic desktop and laptop OS. Outside of being a rather powerful little box, it comes with a nifty keyboard dock which turns your W500 into some kind of mutated netbook/tablet hybrid. 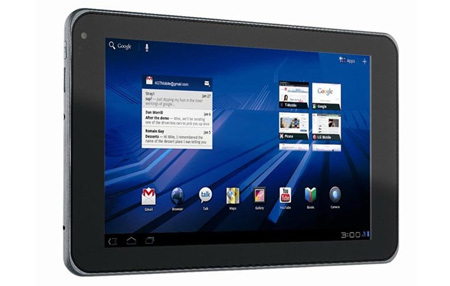 LG’s upcoming smartphone, the Optimus 3D, mimics Nintendo’s 3DS by pumping out 3D visuals that don’t require goofy cinema specs. Its tablet, on the other hand, still needs the glasses. And not the black polarised specs, either. We mean red and blue anaglyph cardboard ones that come in a box of Shreddies.

And while the manufacturer is working with content partners like Gameloft and YouTube for 3D games and videos on its smartphone, it seems the Pad’s only three-dimensional content is snaps taken with the device’s stereoscopic cameras. Pretty disappointing.

Still, the Android-running Optimus is still a rather tantalising device. It’s another Nvidia Tegra 2 dual-core processor-sporting tablet, and has 1GB of RAM, 32GB onboard storage and two cameras. And its screen straddles the middle ground between Flyer and iPad, at a nice eight to nine inches. 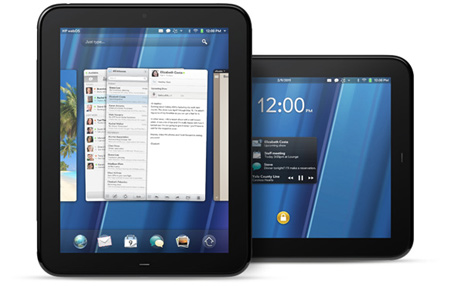 HP got a headstart on the tablet commotion by holding its own press conference just days before MWC 2011 kicked off. The company’s tablet, the HP TouchPad, has got a greedy dual-core 1.2GHz Snapdragon CPU, and an iPad-sized 9.7-inch display.

But what makes the TouchPad so appealing is the device’s operating system: a WebOS based home screen and application suite that stands out amongst the hundreds of Android copycats.

The clever multitasking is handled by grouped cards, so you can move an email saying “let's arrange an assassination”, a google map with a quiet location, and photo of your “target” into one group.

Games are definitely coming, too. Not only can it run the thousands of HP webOS apps - including Angry Birds and Rock Band - but TouchPad specific titles will join later.

The best of the rest 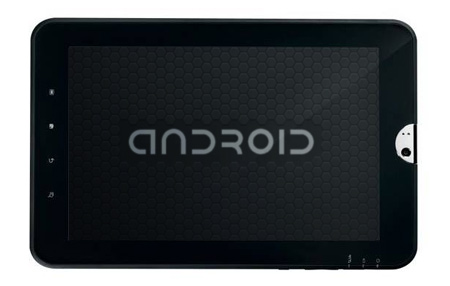 We’ve known about the BlackBerry PlayBook for months now, but RIM used MWC 2011 to announce three extra 4G-compatible models, and an array of launch games. EA will be supplying all PlayBook owners with a pair of complimentary games, as the tablet comes preloaded with Need for Speed Undercover and Tetris. Read our MWC 2011 hands-on.

At this point, forgive us for getting a little tired of the same old system specs on all of these almost identical Android devices.

Yes, Toshiba’s upcoming Honeycomb tablet, rumoured to be named Antares (pictured), has a 10.1-inch screen, an 1280x800 resolution, a dual-core Nvidia Tegra 2 processor and all the usual doodads and gizmos under the hood: gyroscopes and accelerometers and all that. Yawn.

The big rumour surrounding the event (there's always one) is that Sony's top men are working on an Android tablet. Apparently, engineers from the company's PlayStation, Ericsson, VAIO, Bravia and Reader branches are teaming up to produce a 9.4-inch slate.

Like the NGP and Xperia Play, it would be PlayStation Certified, meaning it'd have access to the games on the PlayStation Store.