We'll be the first to give credit to the dozens of independent developers and start-ups that have released games on the App Store. After all, some of the games that have popped up on iPhone since the store's launch in mid-July have been surprising in their depth, polish, and innovation.

That, however, just makes us hungry for experiences crafted by top tier game makers with a proven record of excellence.

While none of the five development companies listed here have announced any intention of creating games for Apple's device, we'd be at the front of the line if they did. Who knows, maybe if we shout loud enough they'll take our advice and start coding. 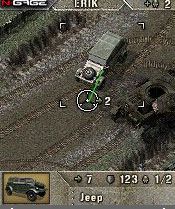 There's a reason Helsinki-based RedLynx tops our iPhone developer wish-list. Having created two of the best original N-Gage titles, Pathway to Glory and its sequel Isuka Islands, the group just wrapped up work on the platinum-scoring Reset Generation. These talented designers know how to create incredibly deep games that somehow remain accessible.

RedLynx prides itself on phenomenal mobile multiplayer gaming, which could use a boost on iPhone. All three of the aforementioned titles broke ground on their respective platforms and we'd expect nothing less of an iPhone endeavor. If Nokia is smart, it won't drop the leash on these guys because they could kick major butt with an original iPhone title.

With two of the best PSP games under its belt, Ready at Dawn has proclaimed it's ready to move onto different platforms. We hope it's iPhone. Daxter demonstrated that big console-quality titles can be done on a handheld and God of War: Chains of Olympus obliterated expectations visually and with its highly polished gameplay.

These guys hone in details to create unbelievably rich experiences that push hardware to the limits. Imagining what they could do on an iPhone gets us more excited than a drunken ottsel. 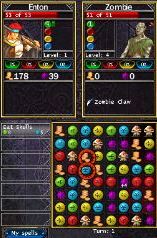 Match-three puzzle games are slowly but surely beginning to wear their welcome out, which makes Infinite Interactive a great pick for iPhone development. Having innovated on the tired genre with its role-playing hybrid Puzzle Quest: Challenge of the WarLords, the developer has moved on to create a sequel and a Neopets-branded puzzler.

Puzzle Quest: Galactrix has been announced for release on DS, but we're hoping that isn't the final frontier for this promising title. iPhone would make an ideal home for the deep space sequel. Of course, we wouldn't mind Infinite Interactive trying their hand at something new either. 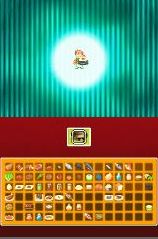 This studio headed by Japanese game design legend Suda51 may have a new console project in the works, but that doesn't mean it can't start thinking about creating a killer title for iPhone. Having crafted immensely stylish games in the likes of Killer7 and No More Heroes, Suda51's development company also lent a hand in DS role-playing game Contact.

Flower, Sun, and Rain is on its way to DS, which points to renewed interest in handheld development. Let us be the first to encourage Grasshopper Manufacture to leverage their artistic abilities for an original iPhone game. And while we're at it, bring on Resident Evil and Devil May Cry creator Shinji Mikami to produce - he's already working on the console project, so keep him on for your new iPhone game. That is all.

Yes, we know this is beyond impossible, but we can't help but flirt with the idea of Sony's internal studio out in Oregon crafting an original game for iPhone. After all, if anyone would be capable of creating a workable third-person action game on the device, it would be these guys. Both Syphon Filter: Dark Mirror and Syphon Filter: Logan's Shadow are nothing short of PSP-flavored mana. The upcoming Resistance: Retribution looks to one-up both these titles with enhanced graphics and a fine-tuned combat system.

With so much raw talent, there's no doubt that Sony Bend would melt iPhones with a hardware-grinding adventure. Alas, it isn't to be - considering the studio's owned by Sony, there's little chance of it developing for the big A. More's the pity.