A Brief History of Mobile Games: 2001 - A Mobile Odyssey

The mobile games veteran looks beyond Vizzavi, Picofun and Riot-E

Kicking off the year and things in the emerging mobile game industry looked like they were going great guns. A whole load of companies had started, many with their bank balances still bulging from the largesse of their nice, new venture capitalist chums. And 2001 saw some more important launches. Madden NFL and EA Sports game designer Scott Orr left Electronic Arts to found Scott ORR ENTertainment (aka Sorrent). Another US entrepreneur, Daniel Kranzler, set up Hands-On Mobile, while closer to home, UK development studio Blue Beck started: the latter two companies eventually becoming part of Mforma.

But back to basics. In 2001, mobile technology was still primitive, but the games were starting to be innovative and designers had plenty of new ideas they wanted to play around with.

There was a problem however. While there were a surprising amount of the people prepared to play these games - racking up millions of data minutes in the process - no one, except the operators - was making any money.

The original idea had been that mobile games would drive up mobile usage - typically defined as Average Revenue Per User - and developers would be paid a share of this additional revenue. Unfortunately for game publishers and developers though, network operators didn't agree with this approach. They wanted games to be charged on top of data tarrifs. Now, this might have been fine if any of the network operators could bill in this way, but surprise, surprise they couldn't.

Still, there were people trying to square the triangle. One of the more notable and expensive examples in Europe was Vizzavi. It was a joint venture between Vodafone and Vivendi Universal, with the aim of creating a mobile internet portal that would enable Vodafone to make its cash by driving data usage and Vivendi to make its cash by supplying high quality content such as games, ringtones and wallpapers - although Vodafone would get 50 percent of that business too. Guess which foot the shoe was on?

The problem was the concept was years before its time, as well as being run by two huge corporations that were incapable of working together. Not that Vizzavi was a small operation: at its peak, it had a workforce of 800 spread across eight European countries. And, at one point - as was the way back in those crazy days - the entirely loss-making enterprise was estimated to be worth £5 billion.

Yet, in 2002, Vivendi pulled out, in the process somehow persuading Vodafone to shell out €143 million for the half of the company it owned. Vodafone then promptly dropped Vizzavi in favour of Vodafone Live!. (Although, incidentally, www.vizzavi.co.uk still takes you to Vodafone, as does the wikipedia entry for Vizzavi.)

Quite how mobile game developers would be paid for their work remained a question waiting for a decent solution. Still, let's get back to the games - 2001 saw some of the best WAP games ever to be released. 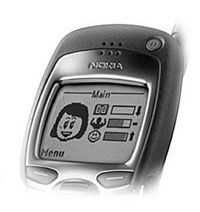 In keeping with the theme for many early WAP games, Lifestylers was a Tamagotchi-style experience but one that enabled you to be a character in what we would now called a casual turn-based MMO game: think a mobile version of Second Life but without the real money and virtual sex. Your task was to explore the environment, talking to other characters and confronting some wacky situations in order to excel in one of the categories: Casanova, Athlete, Couch Potato, Average Joe, Geek, or Clown.

Also released by the same company was Picofun Football, which offered a turn-based WAP fantasy version of Championship Manager, and Fight Arena. But despite raising over $7 million from the likes of Ericsson, The Carphone Warehouse and Softbank, Picofun was one of those mobile companies that only lasted a couple of years. One of the most creative developer of the period, it was bought by Swedish mobile services provider Aspiro in 2002 for just over $1 million.

The Lord of the Rings: (Riot-E)

If Picofun demonstrated something of the creative genius of the time, then Finnish developer Riot-E - "We don't make games, we create riots" - was about hype. After all, this was a company that managed to raise and spend $30 million in two years.

Yet, back in 2001, it looked like it could be in the vanguard of the new mobile gaming revolution, thanks to its million dollar deals with New Line Cinema for the mobile entertainment licence for The Lord of the Rings films, and with Marvel for 4,700 characters including the X-Men.

However, it ended up more famous for its parties than any of its games. Now its legacy only lives on in the excellent documentary. Riot-on! 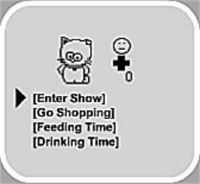 Okay, so Wireless Pets is another game published by Digital Bridges (now I-play), but before you complain about bias towards my old work place, it's worth pointing out that this is The Wright Stuff's Brief History of Mobile Games, so I'm allowed to be a bit biased if I want to be...

Wireless Pets allowed the player to look after one of six increasingly bizarre pets. The cat and dog were both normal and by far the most popular options - the dog slightly more so than the cat. But you could also look after a turtle, a ghost, a dinosaur or an alien. The game was a fairly standard Tamagotchi but with a couple of nice additional features.

You could enter your animal into a weekly pet show. The system would then judge all the pets entered that week and award winners not only for best pet but also categories such as the wettest nose. Also, your pet would write a diary entry each day telling you how it felt and what it was doing. If you wanted to pay for it, you could even receive this as an SMS.

Years later, the design for My Dog, I-play's massively successful game had a lot in common with Wireless Pets even though most people thought it was based on Nintendogs. It's just a shame the most popular pet wasn't the dinosaur. (If you want to find out more, check out the Wireless Pets' postmortem on the Gamasutra website.)