Sponsored Feature: Why Big Fish Games wants to give you a free copy of Fairway Solitaire

There are many ways to try and help a game reach a large number of people, but Big Fish Games has decided upon a very generous method.

It's gonna give its game away. You know, for free.

The game in question is Fairway Solitaire, a mix of - you guessed it - solitaire and golf. It's an intriguing combination, which can, at times, make for an intoxicating experience.

Shawn Seavers, senior producer for Fairway Solitaire, spoke to us about how the game works, and where you can download your free copy from.

Pocket Gamer: Fairway Solitaire has a reputation for being ridiculously compulsive - can you explain its addictive properties and how the game works?

Shawn Seavers: My team and I can confirm that it is insanely addictive. The only team member who has stopped playing is McDivot (the snarky antagonistic gopher in the game), and, well, let's face it: he doesn't really like anything.

Fairway Solitaire is so addictive because the golf elements turn a widely known card game into a unique and always-changing puzzle game.

You're giving away free copies of the full version of Fairway Solitaire to anyone who visits a specific web page. Why, and how easy is it to download?

We're giving away the game for free because we love you. And because of karma. Anyone can get a free code to the paid / full version of the game by going here: http://giveaway.fairwaysolitaire.com.

Due to the large file size of the game, you will need a wi-fi connection to download it. [A full list of the countries you can download the game from by using the promotion is at the bottom of this feature].

So, how did the idea of mixing golf and solitaire come about?

Some believe that John Cutter, the game's mastermind and avid golfer, got the idea one day after a particularly awful round of golf.

Others believe that John got the idea while playing solitaire and watching a late-night replay of Caddyshack.

The truth lies probably somewhere in the middle.

Like with other games, we tackled a lot of challenges during development. Some were technical, others were artistic or design based.

One challenge that stands out was designing the game for the touchscreen generation. When we saw a three-year-old navigating his way through the menus and into the game, we knew we were on the right track.

Of course, the biggest pain in the neck during development was McDivot. It's safe to say that he caused more bugs than anything else.

Was it difficult making sure that the items you can buy in the Golf Shop didn't unbalance the game?

Yes. Our designer created a detailed spreadsheet that attempted to predict many different Fairway Solitaire playing styles. From a player who spends most of his / her Golf Bucks to someone who tends to hold onto those same Golf Bucks.

The Golf Shop (and the items in it) was then designed to land as close to the middle as possible.

How much do the various unlockable achievements add to the game?

We have learned that the trophies are huge motivating factors. Players love to earn trophies. Also, we introduced "course challenges" with the Daily Mode (update 1.2).

You can complete these challenges in addition to simply finishing the hole. Many of these are very difficult to complete and are proving to be very popular among our fans.

McDivot would tell you NOT to look forward to anything in the game except more of him. He'd definitely tell you NOT to get excited over new trophies, new mini-games, more courses, and more challenges. I don't know what he'd do if word got out that Fairway Fever is nearly finished.

You can download Fairway Solitaire for free using this link.

By the way, Sheavers told us that Android and Windows Phone versions of Fairway Solitare are being worked on. An HD iPad version of the game is also available, and is free to download [iTunes link].

The countries in which the giveaway promotion is available are...


You can see the game's trailer below. 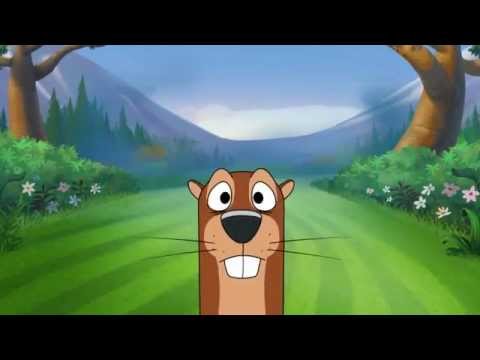 Subscribe to Pocket Gamer on
Next Up :
App Army Assemble: Where's Samantha? - "Does this puzzle-platformer spin a good yarn?"

Daily updates now par for the course in Fairway Solitaire