Fabulous Beasts is a game seeking funds on Kickstarter right now and it's quite unique it that it makes you build a tower with real physical toys.

In Fabulous Beasts, you need to stack different animals on a platform that serves as the scanner. Your beasts are then sent to the tablet app. You can also use some pieces that can crossbreed animals or move them around.

Beasts can get jealous of each other though and you then need to use element pieces in order to keep their score up. If the score of one creature goes to zero, it becomes extinct.

The end goal is then to have the highest tower but due to the nature of the toys, it can all fall down.

We previewed the game in November of last year saying that it was "simpler to play than read about, and incredibly satisfying when you're not awful at it." It should be released in November of this year on Android and iOS if the Kickstarter makes it.

You can see an entire game of Fabulous Beasts below: 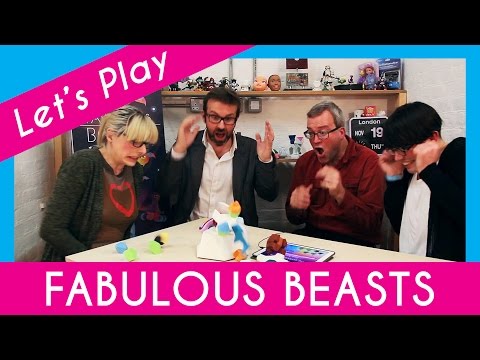 Subscribe to Pocket Gamer on
Next Up :
Pokémon Go teams up with Amazon Prime Gaming to bring exclusive in-game goodies to Prime members

GameCity: Real-world animal stacker Fabulous Beasts is a fabulous use of NFC toys