Finnish studio Secret Exit has updated the Android version of its Zuma-style match-three marble shooter Eyelord with a couple of new features.

If you love boasting about your in-game high scores, you'll be pleased to read that you can now post your accomplishments straight to Google+, and brag until your heart's content.

Furthermore, if one of your friends posts his high score, you can click on it and launch Eyelord with your buddy 'taking' on the role of the game's fabled Nemesis. 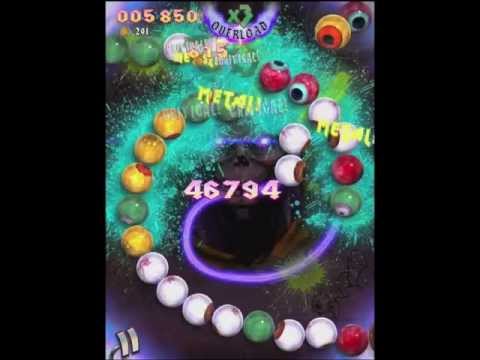 There's a new character in Eyelord for Android (and iOS), too. He's called Skull Monkey - Protector of the Golden Idol. And, yep, it is a tribute to the protagonist of Imangi's endless-running sensation Temple Run.

You can grab the Silver Award-winning game Eyelord from Google Play [download] and the App Store [download] right now for free.

Next Up :
OGame celebrates its 20th anniversary with an official and highly anticipated mobile launch