Pre-registration rewards still up for grabs

NetEase's Extraordinary Ones is an anime-inspired MOBA heading to iOS and Android on January 15th. The game has already reached over 100,000 pre-registrations, which is fairly impressive for a MOBA in 2020.

It's set in the fictional city of Esper, where monsters, supernatural beings, and humans coexist in relative harmony. The city is home to a grand academy, which is where you'll find students training to master the art of tactical combat.

Two different groups are hard at work attempting to prove that they're the best fighters in town, and you'll get to know some of these students through in-game conversations. The academy has lots of places to explore, including gyms, classrooms, podiums, and basketball courts.

Matches are said to be fast and intense, with five heroes on each team. At launch, there will be 36 distinct characters to collect and test out, and new heroes will be released weekly. The students are brought to life by an 'all-star cast of Japanese voices'.

It's looking to balance long-term depth with mobile-friendly controls and pacing. Heroes have their own specific pros, with support and attack troops, among others, at your disposal. 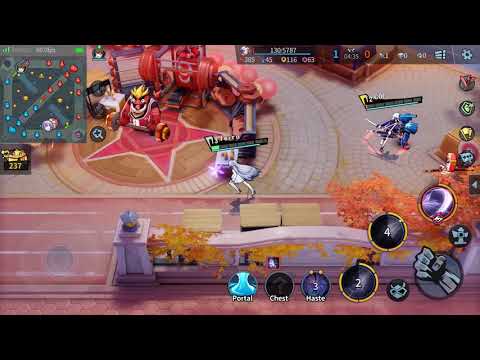 When outside of battle, you'll be able to increase your intimacy with your favourite "waifu" and "husbando". Doing so will unlock your special lines and stories.

Extraordinary Ones is still open for pre-registration over on both Google Play and the game's official site. It's worth doing if you want to get yourself some handy rewards. And remember that it'll launch globally on January 15th.

Vote for YOUR Game of the Year in the Pocket Gamer People's Choice Award 2020
Next Up :
Heroes Arise is a new 5v5 MOBA that's now open for testing on Android