LINE Games has announced a sizzling hot new event for Exos Heroes this season. The Memorial Saga content takes players through a brand-new tale along with an increased Pick Up Rate for the Fatecore ‘Blue Moon of the Tropical Night - Luna’. Plus, tons of in-game rewards are up for grabs during the summer event, so there’s plenty of reasons for fans of the mobile RPG to dive in.

Exos Heroes players can enjoy the hottest rewards throughout the event - such as a Summer Festa Fatecore Selection Ticket - as well as put themselves in the shoes of Ramge and play through the game from a different perspective in ‘Ramge, the Prince of North von Frosty’. The new Quantum Raid ‘Summer Vacation’ is now available as well, letting players collect in-game goodies after beating the summer-themed raid boss. 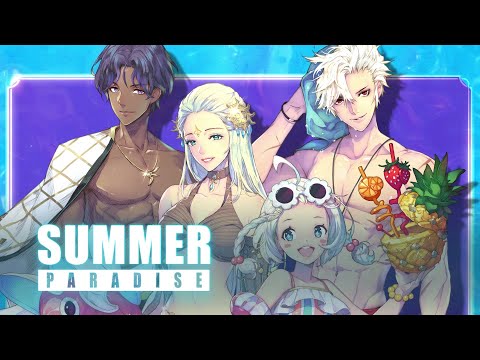 Along with the new Fatecore for Fated Hero Luna, ‘Blue Moon of the Tropical Night – Luna’, there will also be a matching Exclusive Weapon ‘Atlantis Whip’, both of which will be available to Pick Up at an increased rate until August 4th. To top it all off, every player will receive 1,500 Xes, 5 Ultimate Orbs, and 20 Nation Recruit tickets just by logging into the game from now until August 25th.

Exos Heroes is available to download on the App Store and on Google Play as a free-to-play game with in-app purchases. By the way, don’t miss Liffy’s 14-Day Gift event to nab a Summer Festa Fatecore Selection Ticket, 700 Xes, 800,000 Gold, and tons of other stuff. You also have until August 11th to take advantage of the free Premium Recruit event that lets you score up to 77 free recruits, so be sure not to skip a single day.

Looking for more RPGs? Check out our list of the top 25 best RPGs for Android phones and tablets!

Exos Heroes NFTs: What you need to know about LUXON and DESPERADO B218