Get ready to dodge roll

Exit the Gungeon is a spin-off from the very popular Enter the Gungeon. There was a little confusion surrounding this game's inclusion on the Apple Arcade list with regards to whether it was a spin-off or not. It turns out that it's a spin-off that will debut on Apple Arcade, meaning it could come to other non-mobile platforms after. Whether or not this will be available immediately on launch isn't clear at the moment.

Despite being a spin-off, the game will take place immediately after the original game and will see the characters attempting to leave the dungeon. It has been described by Devolver as being a bullet hell dungeon climber. This is because to get out of the dungeon you'll need to go up.

Each character will have their own route they need to take to escape by taking a bunch of different elevators. Of course, the Gundead aren't going to take this lightly and will do absolutely everything in their power to stop you. As you can see from the trailer below this looks to set up a number of close quarters, tense battles as you fight the Gundead in extremely tight spaces with limited room to move. 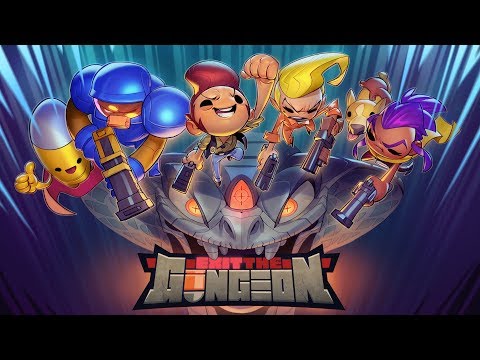 It seems have more of a platformer slant this time around as you can see the characters dodge rolling up and down between different levels. Despite a potential, slight change in direction it still looks to have kept the essence that made Enter the Gungeon such an addictive game – frantic shooting and dodging.

Exit the Gungeon will debut on Apple Arcade. There's no clear indication as to whether or not this will be available on launch at the moment but we'll be sure to keep you posted. For other games that will be available on Apple's new subscription service, you can view our extensive list.

Check out our news section to discover the latest, and greatest, games.
Next Up :
Eve Echoes is joining hands with Project Discovery to aid real-life scientific research

Exit the Gungeon: Tips to help on your climb