Asobimo, Inc. has announced that pre-registration for Eternal Kingdom Battle Peak is now open for mobile users, letting fans on iOS and Android get first dibs on the game when it officially launches this summer. The multi-platform MMORPG boasts the talents of Yoshitaka Amano for character design as well as LUNA SEA for the theme song. The soundtrack also features MONACA to give players full immersion into the game.

Eternal Kingdom Battle Peak lets players explore a world with dynamic weather conditions, as well as duke it out among 200 players in the Siege battle mode. Competitive players can also go head-to-head in the Arena, or prove their might and mettle with up to 30 players in the Battlefield mode.

The game features a variety of Attributes that can switch things up when you're picking your character Job. These add complex layers of strategy to suit different players' playstyles best. 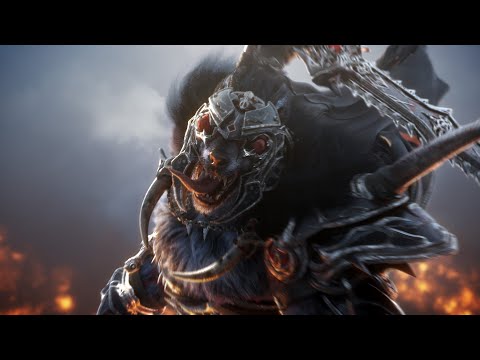 Epic milestone rewards await players who pre-register for the game. There's also a special Twitter campaign currently ongoing where players can win a Visa prepaid card with $70 simply by retweeting - you have until July 31st to join in on all the fun.

If you're curious to know more, you can pre-register for Eternal Kingdom Battle Peak on the Google Play Store for Android devices and on the iOS App Store. You can also visit the official website to learn more info about the game, or join the community of followers over on the official Twitter page to stay updated on all the latest developments. You can take a little sneak peek at the embedded clip above to get a feel of the game's visuals and gameplay as well.

Are you on the hunt for more similar titles that will put your skills to the test on your mobile device? Why not take a gander at our list of the best Android MMOs?

Next Up :
Rumble Jungle, a brand new free-to-play multiplayer arcade game, opens up pre-registrations as well as a beta for Android users