Escape the Hellevator might have a pun-tastic name, but it deals with one of the most serious matters affecting young people today - being trapped in a plummeting lift that represent the sins you've committed in your life.

The game is essentially a room escape title, but the room you're trying to escape happens to be speeding towards the ground at a rate of knots.

Obviously you're not just in any-old elevator. Instead the cramped confines of your rapidly descending metal coffin are transformed into scenes from your life.

I've only played a couple, but one of them was all about poisoning an old women in the 1950s. It involved sprouts, an ethereal delivery company, and negligent killer-herb storage. 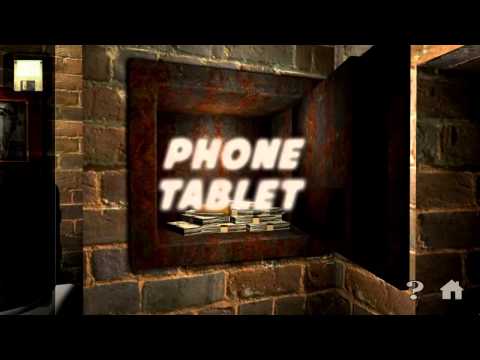 There are shades of The Room here, but the game isn't quite as good at conjuring up an atmosphere as Fireproof's classic, and its puzzles aren't quite as sharp or clever.

Oddly enough, at least in the first two rooms anyway, the fact you're hurtling downwards towards your death doesn't seem to add any time constraints to proceedings.

There's still fun to be had though, especially if you're into point and click adventures with a strong focus on slightly obscure puzzles.

Escape the Hellevator is out right now on the App Store, and it'll set you back £1.49 / $1.99 [buy] to give it a go. You can also grab it from the Google Play Store for nowt [download], and if you like what you see buy the rest with an IAP.
Next Up :
Utano Princesama Shining Live holds 4th-anniversary celebration with tons of in-game goodies and events