Enigma Archives: RAIN CODE is an upcoming dark fantasy mystery game from the developers of Danganronpa and Zero Escape

Spike Chunsoft, Inc. of Danganronpa, Mystery Dungeon, and Zero Escape fame has just announced an upcoming new title that will invite players into a world of dark fantasy - Enigma Archives: RAIN CODE. The mystery game is the latest project from the studio that brought the aforementioned award-winning titles to consoles and mobile.

Co-developed by Spike Chunsoft and Tookyo Games, Enigma Archives: RAIN CODE will feature a scenario by Kazutaka Kodaka, as well as music by Masafumi Takada. You can actually already get a taste of the thrilling background music from the embedded teaser trailer below, as well as get a feel of the dark fantasy vibes from the game. The game also boasts design by Rui Komatsuzaki, which you can get a sneak peek at in the video clip as well. 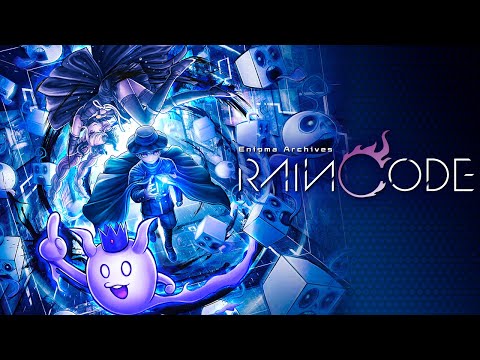 It appears that players will be diving into a world filled with neon lights in a mysterious city, and will stumble upon an odd cast of characters that may or may not be instrumental in your journey. While there aren't too many details yet about the game - such as its official release date or its platforms - we do know that it's very likely it'll be out on both iOS and Android devices much like the other titles under the studio's belt.

The Zero Escape series, in particular, featured endlessly enjoyable mysteries that will really challenge your brain cells, along with exhilarating narratives that make each title unique. I enjoyed them quite a lot, so if Enigma Archives: RAIN CODE will offer a similar experience, then it's definitely worth keeping on your radar.

If you're keen on putting on your thinking cap, playing detective, and feeding the super-sleuth in you, why not take a gander at our list of the top 25 best Detective games for Android phones and tablets?