In this part of our round up of the best board games on mobile, we're going to look at horror games. You know, the sort filled with gruesome monsters, horrible choices, and lots of blood and gore.

There's a pretty decent mix here, from a solo experience to a twisted up dice-rolling classic. There's even a card game, because who doesn't love a card game?

Think we've missed something from the list, well then, feel free to add your own suggestions in the comments below. Just make sure they're really scary, okay?

A game of Lovecraftian horrors and tile flipping. The original board game is all about rolling dice, but the mechanic is switched up a little for this mobile version.

You're still venturing into terrifying locations to try and hold back the tide of ancient evil. Sort of like a night out in Stockport, really.

At review we gave this one a Silver Award and called it "a daunting and occasionally intimidating replication of a boardgame classic." 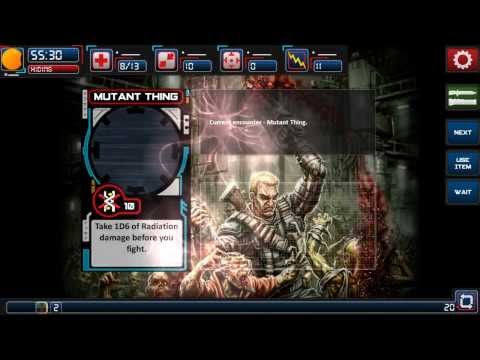 You've got an hour to reach your goal. Or, more likely, to get murdered by the nightmares that have taken over the big apple. Seriously, that's going to happen a lot.

At review we gave it a shiny Bronze Award and said that the game "boasts character and replayability in spades."

A deck-building game set in the aftermath of the sun going out. Obviously with permanent night drawing in, the hordes of hell have descended.

You're not trying to kill them here though, you're trying to martial them to your cause. You can play with up to five people, or if you'd prefer take on the AI.

There's a whole bunch of content here, and expansion packs too. It might take a while to get into, but once you've got the hang of things you'll find a game of spectacular depth.

Next Up :
Out of Hands preview - "A creatively unnerving hands-on experience"