Elder Signs: Omens is a game about madness. And giant old gods. Oh, and tokens.

It's a game of luck and chance where the price you pay is more often than not your sanity. Gotta love a bit of Lovecraftian horror in your mobile board games.

This is another title from Fantasy Flight, and it sees you pitting your wills against some truly horrific beasts. In the original board game you were rolling dice and trying to match up symbols. Here you're doing the same, just with tokens that you're drawing at random.

It's a pretty simple mechanic to get to grips with, but there's a surprising amount of depth all the same. And a lot of random deaths because the tokens didn't drop just right. 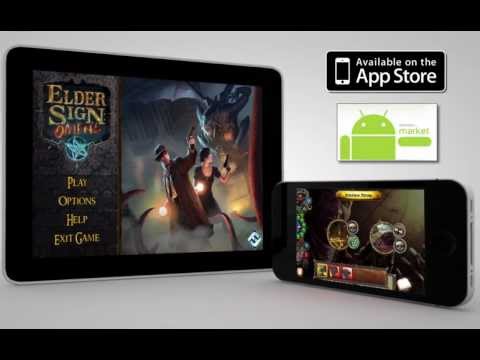 The whole thing is wonderfully well put together, and it has a spooky aesthetic that dribbles with the sort of doom and ichor that fans of Lovecraft's work are going to revel in.

You get cards and special moves for your investigators too, adding an extra layer of depth to proceedings.

There are plenty of adventures to engage in, and you're not going to finish many of them on the first try. Plus there's a decent chunk of replayability here thanks to the different investigators you can take with you to try and stop Azathoth's revival.

You can play on your own, you can play with your friends, and if you like your board games cruel and unusual, then you really, really should.