Two Tribes and Mobigame are offering gamers a chance to win the companies' entire digital portfolios by simply 'hanging around'.

To celebrate the Steam release of Mobigame's mildly controversial puzzler Edge on August 11th, Two Tribes and Mobigame are asking punters to send in videos of their best edge-hanging moments.

Confused? Check out the video below for some "edging examples".

The contest runs until August 15th, so there’s still time to enter. If you fancy a pop, just film yourself hanging off something interesting (but safe) and post it up on the Two Tribes site.

Wow the judges sufficiently and you'll be in with a chance of winning the game pack prize, including Edge, Swords and Soldiers, Rush, and Toki Tori XS.

You’ll also have your name entered into the Edge game itself.

Despite the legal furore surrounding Edge, we found it enthralling enough to receive a Gold Award. If you don't fancy hanging around - in both senses of the phrase - buy it now as a Universal app for £1.99 / $2.99 / €2.39. 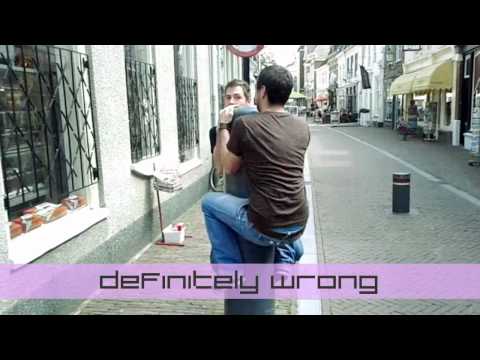