The sequel to Billion Lords

After launching into early access on Google Play back in July, Dungeon Break has finally made its way to the App Store. It’s the sequel to the hugely popular Billion Lords from a couple of year ago, which saw you playing as an evil lord with an army of minions at your side.

It was kinda reminiscent of the old Overlord games from last gen, though with a much greater emphasis on building and maintaining dungeons. This one picks up after the events of that original game. The lord’s once-subservient minions have grown tired of being treated like, well, minions, and so they’ve opted to revolt.

The lords aren’t best pleased with the news that they’ll soon be suffering a minion shortage, so they quickly move to quash the rebellion. In an interesting twist, the game actually challenges you to escape the very dungeons that you helped to build in the first game. 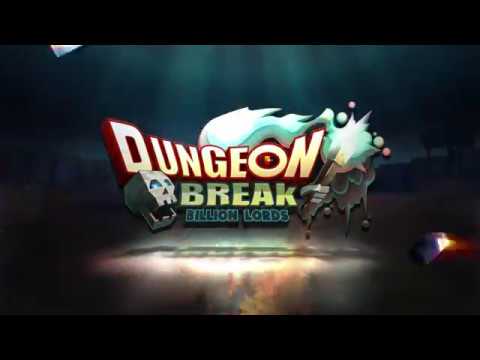 On your path to freedom, you’ll have to outsmart tricky bosses and dodge many traps. At your disposal are explosive barrels, ice arrows, shotguns, lasers, and cannons. The minions can also recruit the help of several cute pets, including a salamander and skeletons. There’s also said to be a lot of loot and items to collect, as well as new playable characters to unlock.

It’s all controlled through an on-screen ‘joystick’. You’ll move your minions around the place and they’ll seemingly shoot anything that gets in their way without your consent. It sounds straightforward and accessible, though whether there’s much depth to any of it is still unclear.

If you were a fan of Billion Lords back in the day, or just like the sound of this one, you’ll find Dungeon Break available for download now over on the App Store. The Android early access period is now over, but there's always the option to pre-register for it over on Google Play.

Check out our news section to discover the latest, and greatest, games.
Next Up :
T3 Arena officially releases on iOS alongside Hua Ling, a new hero and the Clash game mode