Solo indie developer Kiyoshi Honda has announced the official launch of Dungeon and Gravestone, a roguelike dungeon crawler that's a remastered version of the five-year-old Dungeon of Gravestone. The Japanese indie dev aims to spread the good word about the charming pixel art RPG across the globe, and it's out now on both iOS and Android devices.

In Dungeon and Gravestone, players can expect a revamped system, new graphics and a fresh storyline, five years after the original Dungeon of Gravestone. True to its genre, levels are procedurally generated where no two playthroughs are the same. Players will have to navigate mazes, collect items, score valuable loot and strengthen their equipment to boost their chances of survival.

The towns themselves are also randomly generated, making for a fresh experience with every session. A player's blood level will also be constantly depleting, adding a ticking time bomb to every run. Of course, there are also intriguing puzzles to solve, secrets to uncover and speedruns to beat. 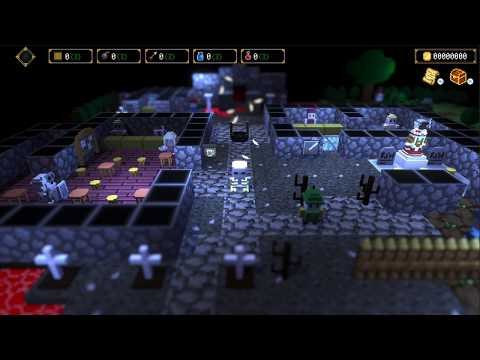 The game boasts a 2nd-place win for both the iOS App Store and the Google Play Store in Japan within the first two days of its release. If you're eager to give it a go and see what the fuss is all about, you can download Dungeon and Gravestone on the iOS App Store or on the Google Play Store for Android devices. It's a premium game that costs $4.99 a pop or your local equivalent. You can also visit the official website for more info, or check it out on Steam (it's also available on the Nintendo Switch, PlayStation 4 and Xbox One).

Are you on the hunt for more similar games that will put your skills to the test on your mobile device? Why not take a gander at our list of the top 25 best roguelikes and roguelites for iPhone and iPad (iOS)?

App Army Assemble: Dungeon and Gravestone - "Was this remastered roguelike worth digging up?"