App Army Assemble: Duke Dashington Remastered - Was it worth it?

Adventure Islands has just remastered one of its earlier titles, Duke Dashington. This sees you play as the portly Indiana Jones-type, who's on a mission to grab treasure from deserted tombs.

As the name suggests, you do this by dashing in a single direction at a time. You can go up, left, and right, stopping only when you hit a wall or object.

Using these simple controls, you'll navigate a bunch of trap-filled rooms until you reach the end of the dungeon, at which point you grab the treasure.

Is it any good? We asked the App Army just that, and here's what they had to say.

There's no slowdown, and the controls work perfectly. The difficulty feels about right too, so it doesn't take very long to complete all 120 levels.

Every minute spent playing is a pleasure though, and that's the most important thing.

This is a well constructed, if short, reflex puzzler. You'll dash left and right, and jump using onscreen buttons to dodge environmental obstacles and trigger switches.

Passing the 120 levels might not take very long but it's the score chasing time trials where you could potentially sink your time, beating your overall time and trying to lower your death count.

Unfortunately, this version has very intrusive full page ads, not just between stages but sometimes even during the level itself. There was an IAP to remove the ads but I didn't spot it during my play through.

The original was pretty good, and what you get here is the same game with better controls and improved graphics.

There are no new levels so if you’ve played and completed the original there’s nothing here for you besides the memories, but if it’s your first encounter with it by all means pick it up and enjoy the ride.

I actually played the original back in 2014, and the developer has really made this a more complete experience. 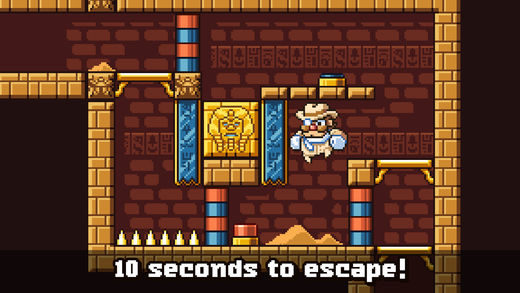 You can finish it in a couple of hours but the fun factor is that definitely you’ll get stuck on a level, and can come back later to nail it.

It’s a game that requires precision, timing and quick thinking.

This is an excellent little puzzler that plays out as a series of 10 second escape rooms. The controls actually work pretty well considering the precision required and I rarely felt they led me to an untimely death.

The graphics are clear and do the job well - too much going on might prove distracting during the frantic pace the game sets. Definitely has that 'one more go' feel and there lies the only problem that the game is not overly long.

Otherwise though a well polished bit a fun that's hard to not smile at. Now can we have a remaster of Rick Dangerous please?!

Okay, so I'll admit I'm not a huge fan of retro games, platformers, or intrusive advertising, so right from the bat this game looked doomed to me. But I found it strangely compelling. 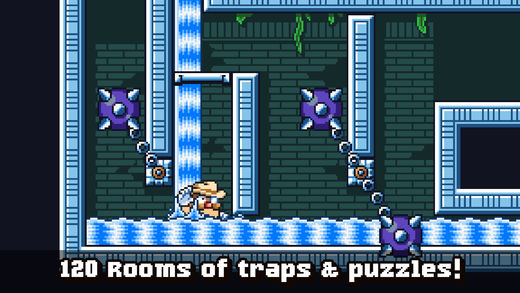 I died a lot but because the levels are so small you don't feel like you've lost much progress when you inevitably hit those spikes. I got a bit annoyed at the ads, as they just seemed to pop up every few levels, but I kept reminding myself the game is free and dismissed them.

This seems like a pretty solid effort and I'm going to go back and see if I can get a bit further.

Duke Dashington hit a sweet spot in terms of level length, challenge, and controls. Sure, I died a lot, but I could only blame my sloppy fingers and bad reflexes when it happened.

The instant I pass through one of the levels I felt a sense of accomplishment. Add in the nice retro graphics and you have a perfect recipe for mobile fun wherever you are. Only got 10 seconds? Go in Duke Dashington and clear one more level.

It's enjoyable and I recommend it!

Duke Dashington is a lovely little action puzzler with that addictive just one more go hook that pulls you in. The controls are so simple that no tutorial is needed, and the game's friendly learning curve does a great job of introducing new hazards at a good pace. 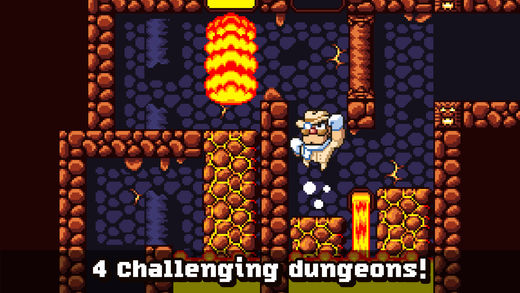 I'm not sure what exactly was remastered, but the pixel graphics and controls are both great. The ads aren't too intrusive either, appearing every 5 levels or so, but you can always use flight mode to avoid these.

I'll be keeping this on my phone until I get so stuck that I throw it at the wall.

I’m enjoying this. The graphics are retro and colourful which gives it a nostalgic feel, and the controls are well placed. It's not too difficult to master.

As an extra challenge each chamber you navigate is timed, giving an added urgency to the gameplay. As the chambers become more difficult, dying becomes inevitable. But this actually makes it more fun.

The only thing that intruded on the gameplay were the persistent adverts every few chambers but this seems to be the norm with games today and doesn’t really impact on the enjoyment too much. All in all a great game.

What's the App Army? The App Army is Pocket Gamer's very own community of mobile game experts. Each week, we provide them with a bunch of free codes and early access to the hottest upcoming games so they can provide their thoughts in features like this. We also host regular community-driven events with them in mind like tournaments, giveaways, and multiplayer evenings. To join, simply follow this link to the page on Facebook and request access. We'll get you in right away!
Next Up :
6 games that were added to Huawei's AppGallery in November 2021