There's a lot of fun to be had getting a car sideways. I mean I imagine there is, I've never done it because it sounds incredibly illegal. But I have played a lot of games that let you do it.

And Drifty Chase is another one. It keeps things incredibly simple, focusing on one thing and one thing only - getting around corners.

You control everything with a single tap, darting through tight, top-down city streets as you try and keep one step ahead of the cops that are on your tail.

Each run starts with you tearing away from the scene of a robbery. Tap and you'll turn whatever corner you're faced with.

The aim of the game is to collect as much money as you can. The more money you grab, the quicker you can buy a new car. And new cars give a boost to your earning powers, letting you progress even quicker. 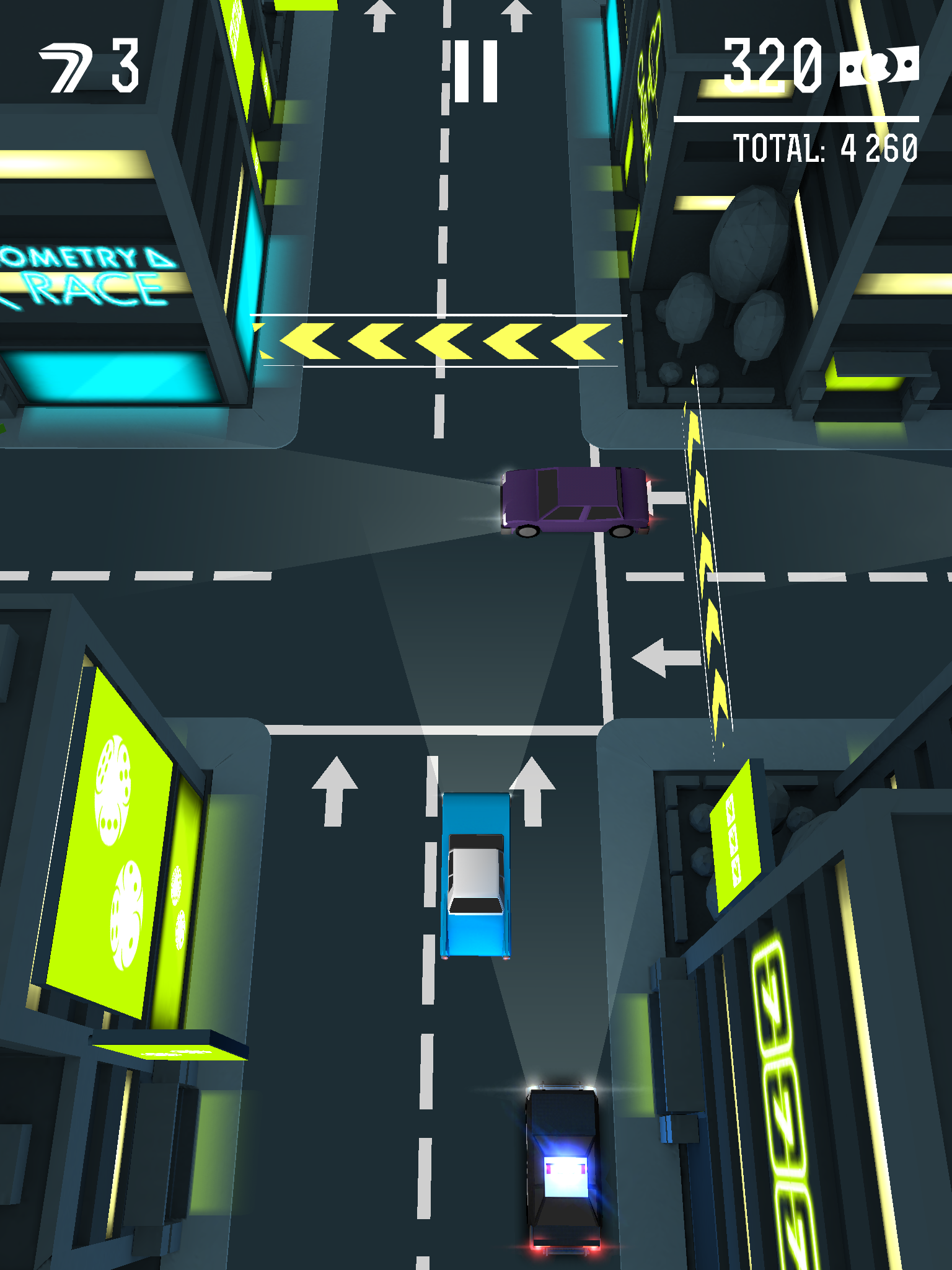 Your new cars also unlock new checkpoints, letting you start your run deeper into the cities you're weaving through.

There are some clever twists here, from narrow streets that demand precision, to trucks that you can slide under to get around corners safely. Some parts of the city flip the direction of the traffic you're trying to dodge as well.

If you hit a wall or crash into another car, then it's game over. You'll get a little cutscene and then the chance to watch a video to keep driving.

In fact there are lots of videos to watch. You can watch them to "commit" extra robberies, and every now and then you'll get a message from the sponsors before you can start a run. 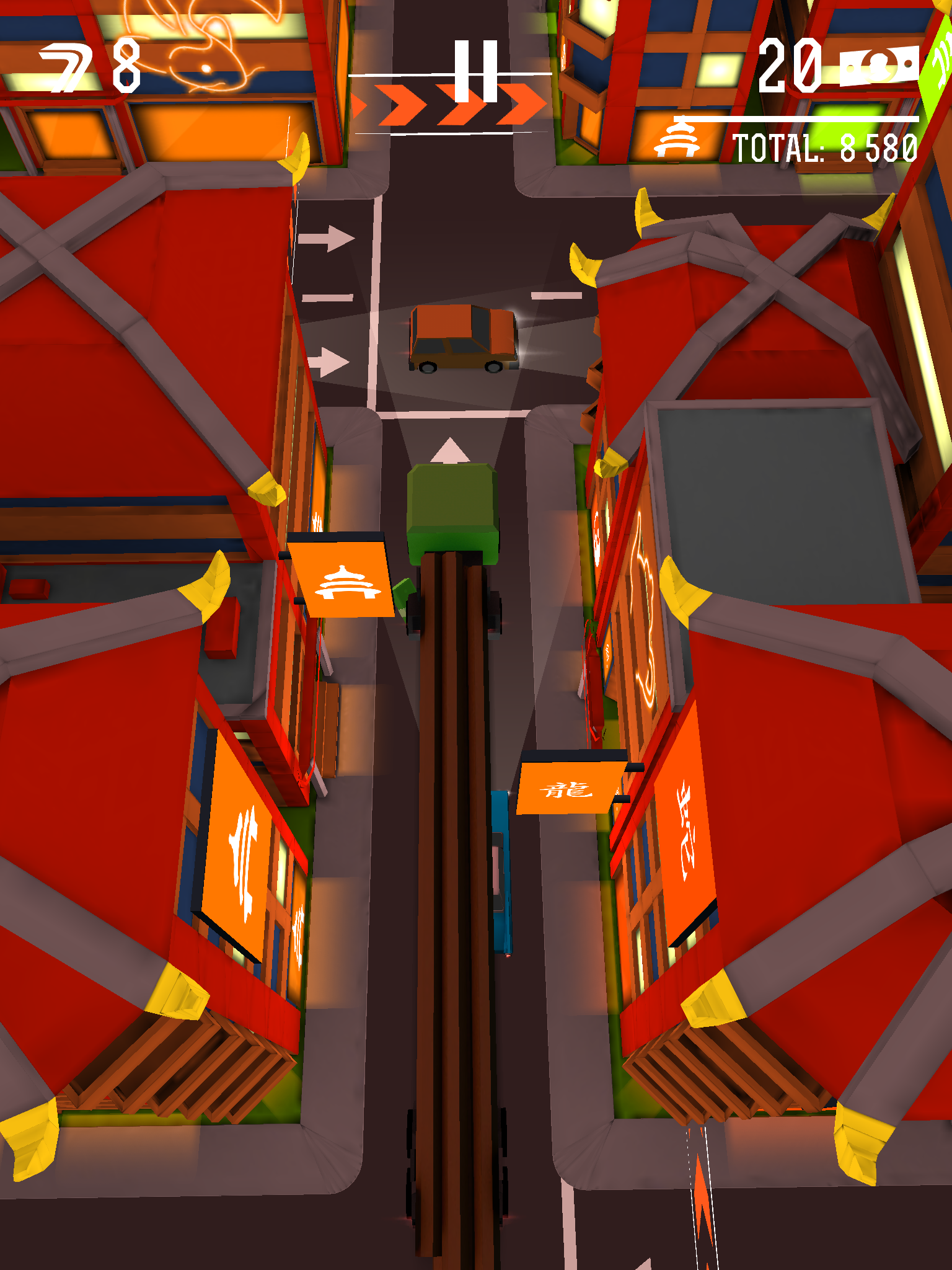 But the bite-sized levels mean that you're always back into the action pretty quickly. And you will find yourself jumping back in on a pretty regular basis.

There are a few niggles here and there though, and the game doesn't take too long to get a little bit repetitive.

There's enough here to make Drifty Chase worth picking up. Its brief play cycle won't be to everyone's taste, but in spite of that lack of depth you're still going to have a smile on your face while you play.

This is mobile gaming like it used to be - short, snappy, and designed to fill up a few spare minutes here and there.

A short, sharp shot of one-touch mobile gaming that does what it sets out to do pretty damn well
Next Up :
Star Discord review - "Needs polish, but it's shaping up to be a true RTS on the go"