BCTech Summit 2017: Forget match three - it's all about match two in Dragon Up: Match 2 Hatch

East Side Games is trying something bold with the upcoming Dragon Up: Match 2 Hatch. It's entering the crowded match three puzzler pool, but is challenging you to match two instead.

That might sound easier in theory, but in practice it really isn't. That's largely down to Dragon Up being far less of a casual experience, and more of an actual puzzler, with you having to figure out the perfect series of moves to maximise your points.

You're also not given that many moves in the first place. In fact, certain levels only provide you with a single move, and it's up to you to figure out how to use it to get a massive score. 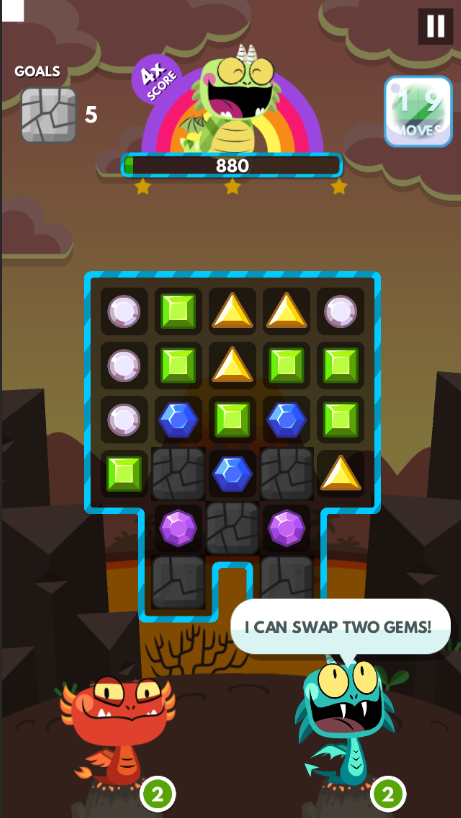 There are tricks to help skew the match in your favour though. If you match a bunch at once, you can freeze the move counter, giving you a period of free moves with which to set up the perfect game.

You can also hatch upgradeable dragons, which offer bonus perks during a game.

Though the colourful cartoon visuals may fool you, Dragon Up might be a tad more intimidating than most match-something fare. But it eases you in gently over the course of the initial few levels.

There's no release date set for Dragon Up: Match 2 Hatch just yet, but it will be out on iOS and Android by the end of the year.