We'll get it one day, hopefully

PlayStation Japan has announced that Dragon Quest Heroes II is a real game that will be coming to PS Vita (and PS4, PS3).

On April 1st, as Siliconera reports, developer Square Enix teased a new Dragon Quest Heroes game at the end of a Slime mini-game on the game's webpage.

But, as it was April Fool's day, this announcement was taken as a joke. But it wasn't, as we now know, as this new Dragon Quest Heroes II website proves.

Unfortunately, we don't have any other details on the game other than that it exists, and that it will be coming to Japan. 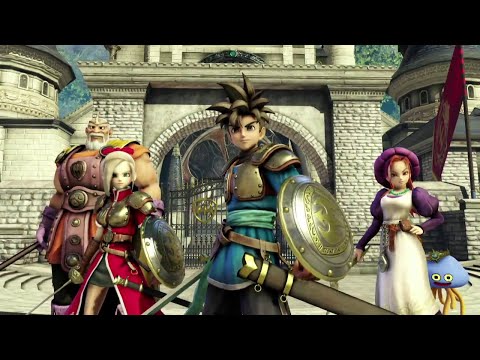 Hopefully, one day, it will be coming to the west too. But, as the first Dragon Quest Heroes has only been out for a couple of months, and is yet to come out over here (it will be later this year), that won't be for a while.

If you didn't know, Dragon Quest Heroes is a hack 'n' slash action game that combines the Dragon Quest characters and settings with the one vs. an army type of play seen in the Dynasty Warriors series.

You can see a trailer for the first game above.