But don't get too excited...

With Halloween only a couple of weeks away it's about time we get a selection of scary games, isn't it? Yesterday ContraNetwork put out 40 minutes of footage for the upcoming horror game Don't Knock Twice and while it's looking creepy it also needs a little work. 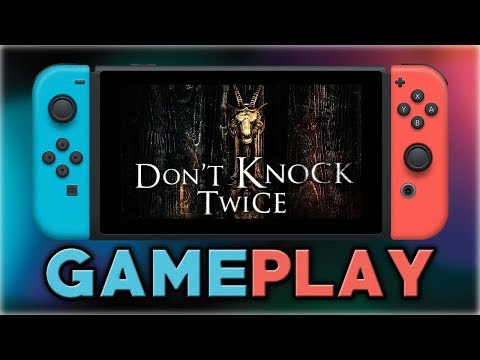 Subscribe to Pocket Gamer on
Don't Knock Twice is a rather interesting looking first-person horror game which fits in with the usual quirks of indie horror. Creepy house. Missing daughter. Strange monster. Dark atmosphere. You get the drill.

While the stills of the game initially look fantastic, the gameplay footage is starkly the opposite. The framerates are pretty shoddy, the audio, though good quality, cuts off too soon in both sound effects and music, and the whole thing looks like it'll be pretty two-dimensional.

Check it out above, but maybe wait for the reviews on this one. The only thing that you'll be scared about is its quality from the looks of it.