Do Not Feed The Monkeys available now on Android

Android
| Do Not Feed The Monkeys

Fictiorama Studios digital voyeur simulator Do Not Feed The Monkeys has made it's way onto the Google Play store and is available now. It was originally released on PC last September and we gave a few reasons why we thought it was worth your time back then.

In Do Not Feed The Monkeys you're hired by a mysterious organisation called the Primate Observation Club and you're job is to watch the subjects you're assigned. They're not simians as the name would suggest however, they're people.

Your task is to observe every facet of their lives by invading their privacy on an obscene level, watching them through cameras and rummaging through their personal files. You'll also have access to their social media accounts too so you can imagine there's a lot of potential darkness to uncover. 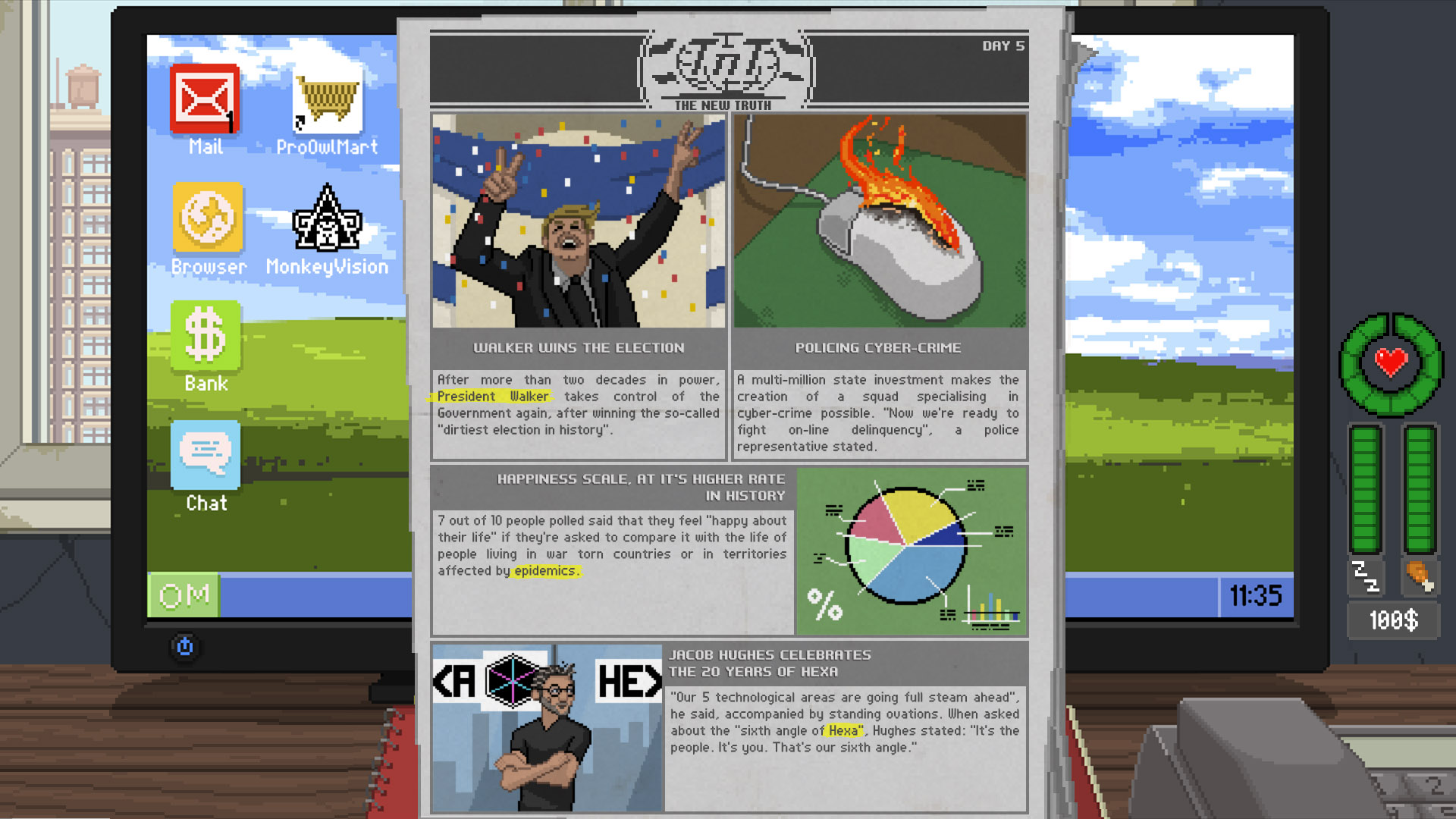 The one thing you are explicitly told not to do is interact with these people. There will be moments throughout the story though where you can choose to ignore this instruction and it will affect the narrative accordingly. This means multiple endings to uncover which gives it a great deal of replay value if you want to see all of the different outcomes.

Seeing as the game is your character sat at a computer clicking their way through various camera feeds or documents it should translate quite well to a mobile device. You'll mostly be watching events unfurl and making choices so the focus is much more on narrative than gameplay.

If role-playing as a surveillance state has always been of interest to you then you can grab Do Not Feed The Monkeys on the Google Play store now. It's normally priced at £5.49 but is currently reduced to £3.79 to celebrate its mobile launch.