Dizzy Dwarves is a straightforward action game that tests your reactions. Available now for iOS and Android

Dizzy Dwarves is a new action game from developer Silversun Solutions that is available now for iOS and Android. The developer hopes to rekindle the days where games were simple but still posed a decent challenge, citing Donkey Kong as an inspiration. A more modern comparison they also mentioned was the notorious Flappy Bird that became strangely popular several years ago.

The setup is similarly straightforward as well. The Heartstone, the lifeblood of the Dwarven Kingdom, has been taken. So, it's up to you to head out and bring it back to where it belongs, or the kingdom will fall. It won't be an easy journey, though, with 40 levels currently standing in your way, though more will get added in future updates. 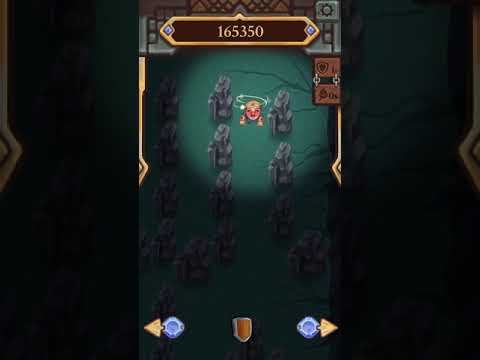 The levels themselves will predominately test your reactions. There are numerous obstacles, enemies and potions that you will need to dodge as you dash through each stage. This is achieved by tapping left or right to move your character. You can check out some gameplay in the video above.

Aside from avoiding the numerous hazards, you will need to memorise the layout of each level, meaning progression involves a spot of trial and error. Each stage contains several Heartstone clouds, and you will need to collect them all. To make this a little easier, you can activate a shield that will temporarily protect you from harm. However, the number of times you can use it is limited, so you will have to do so wisely.

Dizzy Dwarves is available now over on the App Store and Google Play. It is a free-to-play game with a single in-app purchase that removes adverts for $1.99.

On the hunt for more action-packed games you can enjoy on your phone? Here are 25 of the best available for iOS and iPad
Next Up :
World of Tanks Blitz announces festive Holiday Ops with Arnold Schwarzenegger and Milla Jovovich