Disney Emoji Blitz is keeping up with the spooks this Halloween season with its themed in-game events that celebrate all things ghosts and ghouls. Jam City, Inc.'s match-3 puzzle game kicks things off with a celebrity-hosted video starring Hocus Pocus actress Kathy Najimy, bringing the Walt Disney Studios classic to the mobile title.

Players of Disney Emoji Blitz can unlock themed emojis that not only feature Hocus Pocus but also other Disney Parks and Disney Villains. In particular, Disney California Adventure Park's Halloween party will also have its own version in the game with the Oogie Boogie Bash Event. 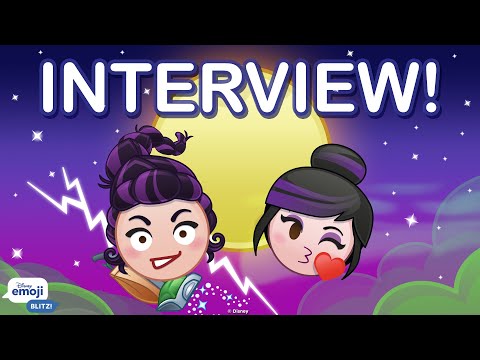 “Halloween is such a magical time for Disney Emoji Blitz and we could not imagine a more perfect person than Kathy Najimy to kick off all the in-game festivities and new Emojis coming to the game in October,” says Lisa Anderson, Senior Vice President of Studio Operations at Jam City. “Our fans are going to love celebrating beloved spooky characters and villains from Disney films, shows and parks through the game.”

Throughout the whole month of October, players can take part in the “A Tricky Token Treat” Token Quest event and join Sea Monster Goofy and Witch Minnie, as well as nab the new Pumpkin Mickey Emoji. On the other hand, the Haunted Mansion Clear Event from October 13th to 17th will highlight Hitchhiker Ghost, Hatbox Ghost, Madame Leota, and The Bride Emojis.

Meanwhile, there will be a Tim Burton’s Nightmare Before Christmas Survival Event from October 18th to 19th, and so much more in the coming weeks. If you're eager to know more about the Halloween madness, you can download Disney Emoji Blitz on the App Store or on Google Play as a free-to-play game with in-app purchases.

Want similar titles? Why not have a look at our top 10 best match-3 puzzle games for iPhone and iPad (iOS)?

Next Up :
Goose Goose Duck is a fun strategy game like Among Us, now out on Android, iOS, and Steam