Jam City is celebrating six years of service for Disney Emoji Blitz, the hit match-3 game on mobile, with tons of in-game festivities across the Disney franchise in the next few weeks. Players can expect to see fan-fave characters from Star Wars, Ice Age, Encanto, The Jungle Book and so much more.

In Disney Emoji Blitz, players can look forward to more Disney, Star Wars and Pixar IPs. This time around, fans of the Disney+ Original series Obi-Wan Kenobi can also have their fill of in-game goodies, as well as fans of Disney’s Hocus Pocus 2, which will soon stream on Disney+ this September 30. 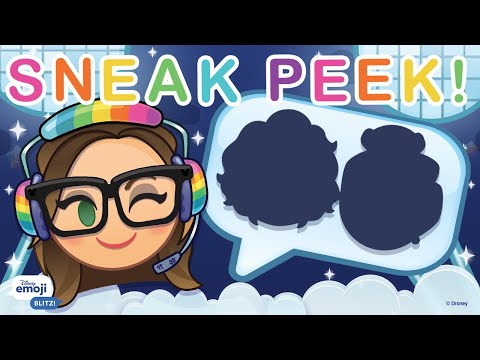 The game is also treating players to more festivities such as more group collections, which include Disney’s The Jungle Book where players can join in on a Clear Event from August 3rd to August 7th. Completing these challenges will unlock emojis like Bagheera, Mowgli and Baloo. Players can also expect to unlock Bruno and Luisa from Disney’s Encanto in emoji form during the limited-time event from August 10th to August 14th.

If you're keen on joining in on all the fun, Disney Emoji Blitz is available to download on the iOS App Store and on the Google Play Store for Android devices. It's a free-to-play game with in-app purchases. You can also join the community of followers on Twitter to stay updated on all the latest developments, head on over to the official website to learn more info about the game, or take a little sneak peek at the embedded clip above to get a feel of the game's updates.

Are you on the hunt for more similar titles that will put your skills to the test on your mobile device? Why not take a gander at our list of the best iOS match-3 games?

Next Up :
Roller Drama lets you manage roller derby athletes with branching narratives, launching in 2023