Treasure in the trash

Hand-drawn adventure game specialist Daedalic Entertainment has confirmed it will be porting the slapstick dystopian comedy of Deponia over to iOS.

Deponia came out on PC in 2012. The reason it has taken so long to surface on other platforms is "technological and team history".

Wolter added that once the technological framework of porting Daedalic's PC games to more platforms is in place, the studio will be able to more easily port more of its games.

Deponia will also be available on PS3. Apparently, Daedalic thinks it would "make sense" to port its games to "the whole PlayStation family". This may mean that Vita versions could be in the works, too. 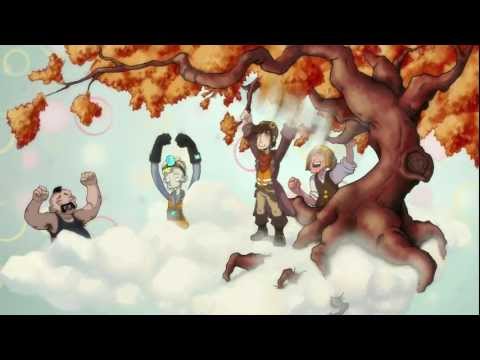 The upcoming iOS version of Deponia will have tap-and-hold controls, rather than the PC game's point-and-click controls.

The game itself follows a simpleton called Rufus who lives on a trash planet. His dreams of escape are answered one day when a woman falls from the sky, triggering a trilogy of adventures full of comedic mishaps.

We'll keep you updated with news on Deponia for iOS as and when we hear it.