It stars Serenity, a young lady from Massachusetts whose dad has gone missing. She heads off to the Asylum where he works only to find a talking teddy bear and a bunch of demons have taken possession of her body.

Ugh. Don't you just hate it when that happens?!

She's also got a mysterious app on her smartphone - called Demons' Score - that lets her take control of those demons. That'll come in handy when she strips down to her pants, whips out some guns, and fights off the enemies between her and her dad. 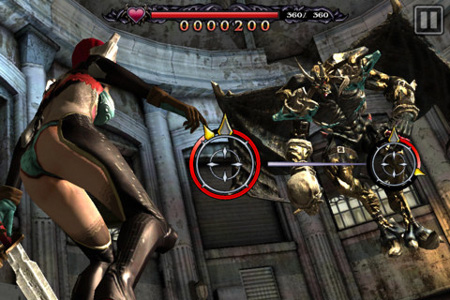 In each stage, you'll battle enemies in time to the rhythm. It looks a bit like Elite Beat Agents, only you're killing monsters instead of pulling off dance moves. When you slay a boss creature, you'll get the opportunity to purchase the special powers of that demon for your personal use.

It's got a story mode and a free play mode. There are also three difficulty settings, leaderboards through Game Center, and iCloud support for your save games.

The game was built on the Unreal Engine, so it should look rather lovely. The music comes from some of gaming's best musicians, including Yoko Shimomura (Kingdom Hearts) and Keiichi Okabe (Tekken).

Demons' Score is compatible with the iPhone 4 and later; the fourth-generation iPod touch; the iPad 2 and the new iPad. An Android version will follow. 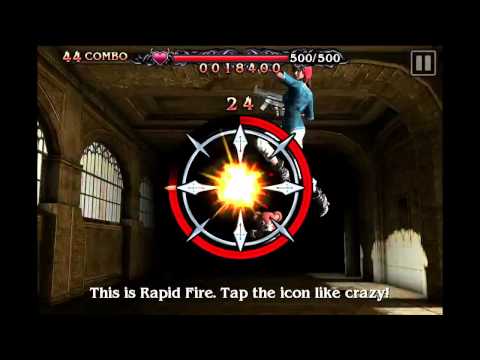