Last week, we hit out at Square Enix's rhythm-action devil basher Demons' Score for its rather sly use of in-app purchases.

The game has an upfront fee of £4.99 / $6.99, you see, but by the time you finish the third boss fight you'll be ambushed by a notification that you must spend more money in order to unlock key components of the game.

After each battle, you're offered a chance to sign a pact with the devil you just dispatched. This lets you use its costume, voice, and, most importantly, song in the next battle. The catch is: that pact costs cash - £1.99 / $2.99 for the first few, with the later baddies being even more expensive.

If you don't cough up, you'll be playing along to the same two songs for the rest of the game. Not ideal in a rhythm-based game, right? 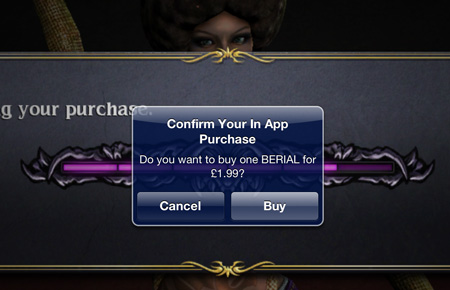 After each boss battle, you must spend at least £1.99 to use that demon's soundtrack in future fights

In our review, we totted up all the extra costs and additional charges (including a £6.99 / $9.99 super-hard difficulty mode), and found that "the total cost to unlock the full game - minus consumable potions - is close to £30/$50".

This sorry state of affairs, it turns out, is actually exclusive to Western gamers. NeoGAF user StarCreator discovered that on the Japanese App Store, its a very different story. 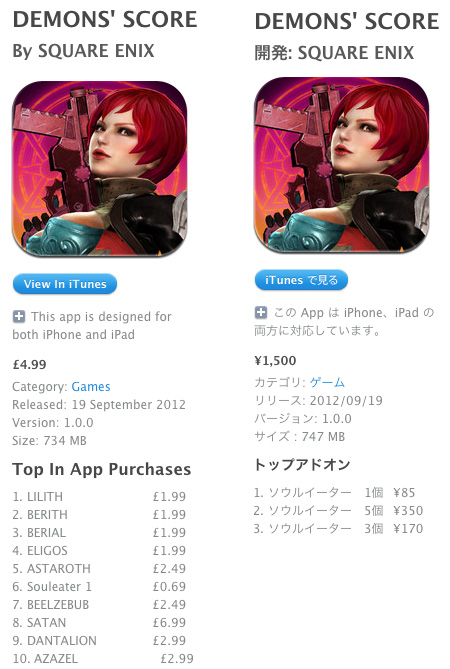 We've reached out to Square Enix for a comment on this - we'll let you know if we hear anything back.