After getting gunned down by a sadistic nun for the tenth time in an hour, I almost sent my Vita flying at the wall in frustration.

While fleeing from the nihilistic nun, I abandoned my complex trap sequences, set up a single throwaway trap in desperation, and watched in disbelief as it sent her sailing into a vat of molten lead.

Her screams were beautiful - each gasp of agony erased scores of minutes from the past hour of frustration.

As she sank beneath the surface of the bubbling lava, I smiled a cruel, vicious smile despite knowing on some level that I shouldn't be enjoying this.

And that's the sort of game Deception IV: Blood Ties is. It's dark, it's rewarding, and it's the sort of twisted, intricate, brain-teasing fun that you'll enjoy in spite of yourself. 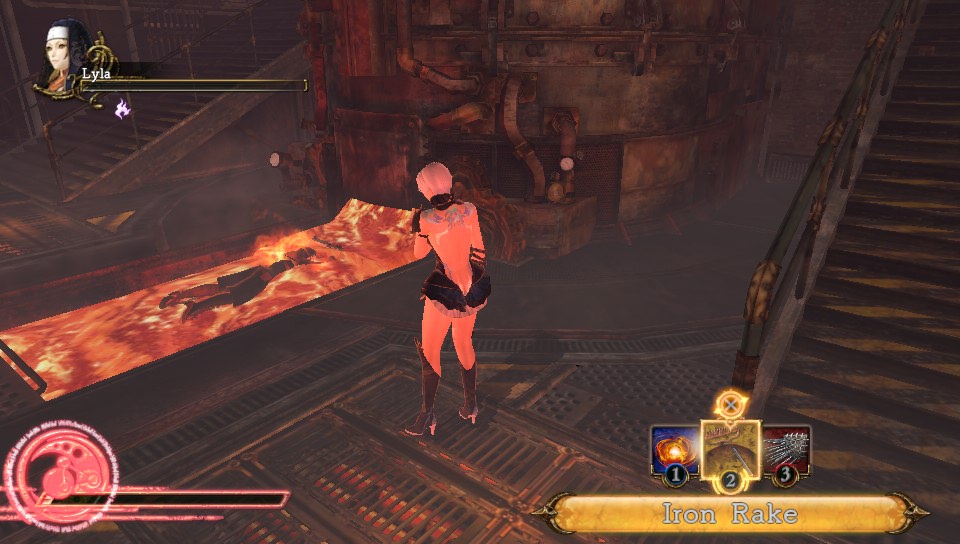 Hail to the queen, baby

In Deception IV, you play as Laegrinna - the Devil's daughter who's on a quest to collect some mysterious holy verses and resurrect her dear old dad.

Obviously, you're the bad gal in this game and you're also completely unable to attack your enemies directly. Instead, you rely on a wide range of traps to damage to your foes.

Each trap in Deception falls into one of three categories - Elaborate, Sadistic, and Humiliating - and you can combine them to make sequences as simple or involved as you'd like.

Sadistic traps are designed to inflict as much pain as possible, while Humiliating traps give you a glimpse at what would happen if one of Wile E. Coyote's schemes actually panned out.

The Elaborate traps reward careful positioning on the board and are designed to take full advantage of the environmental traps present in most stages. 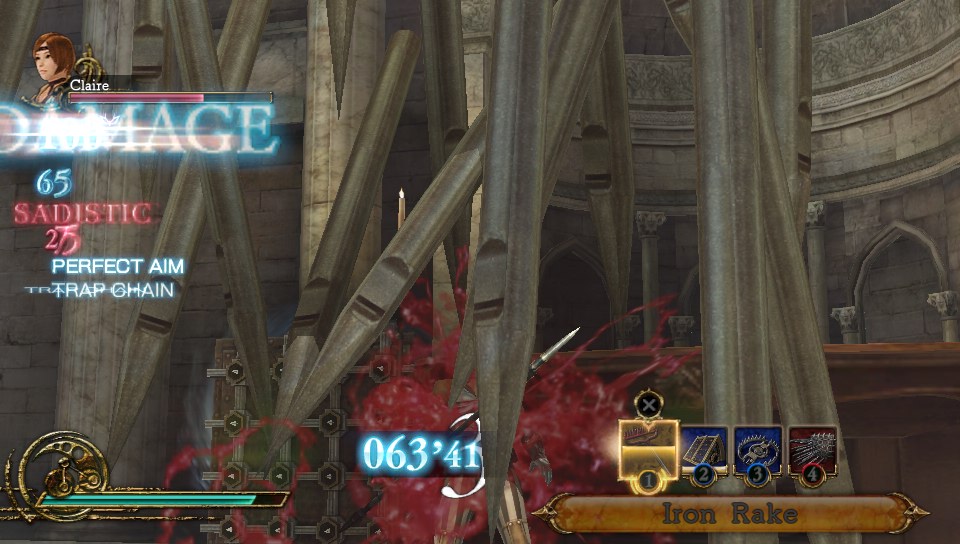 While the rampant violence and Sweeney Todd levels of gore might be a turn-off for some, Deception IV is actually a clever puzzle game dressed in the darkest shades possible.

Each stage challenges you to think on your feet and set up dizzying Rube Goldberg machines of death and torment while avoiding the swords, arrows, and magic spells of your foes.

Oftentimes these enemies are religious zealots or corrupt mercenaries, making it easy to send them to a grizzly demise, but Deception's really at its best when it tosses innocent bystanders or reluctant followers into the mix as it makes you sympathise with them for a brief second before you snuff out their lives.

It feels a bit silly that you - the Devil's soul made incarnate - can't even slap a foe that gets too close, but adding combat to Deception would cheapen its appeal and completely neuter its core gameplay. 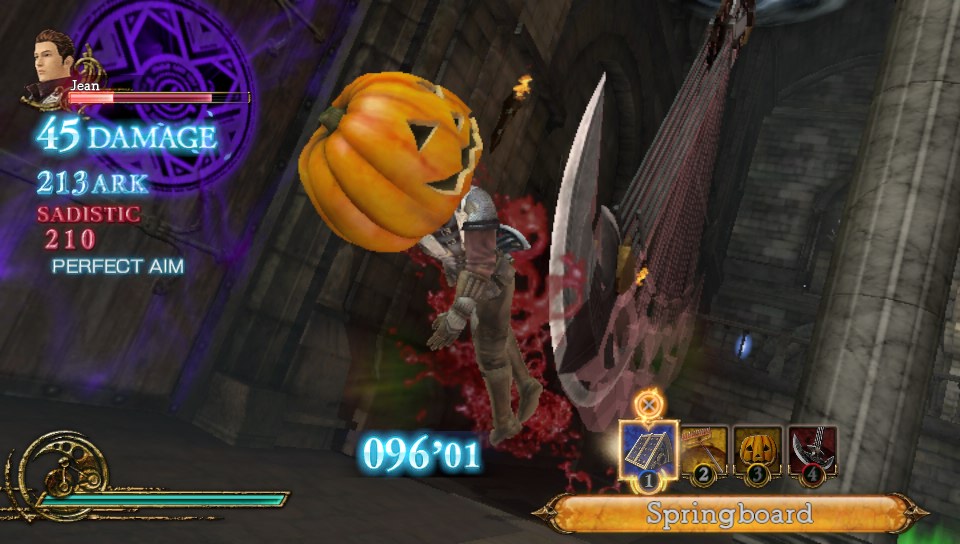 And let's face it - this is way better than slapping

You aren't able to save mid-level, which means a particularly unfortunate miscalculation late in a stage can force you to replay what you've already done and can potentially erase a massively glorious (and massively gore-ious) combination.

Worse, while load times are crisp, you're forced to sit through dialogue during each enemy's introductory sequence, which makes frequent reattempts more frustrating than they should be.

Deception's graphics are also a bit jangly and certainly won't rank among the best on the Vita, but they're serviceable and are supported by the particularly excellent soundtrack and original Japanese voice acting.

If you can forgive Deception IV its minor trespasses, you'll find a lot to like in this unique and completely off-colour puzzler which offers near-limitless content thanks to its Story mode, 100 standalone missions, and Free Battle mode. 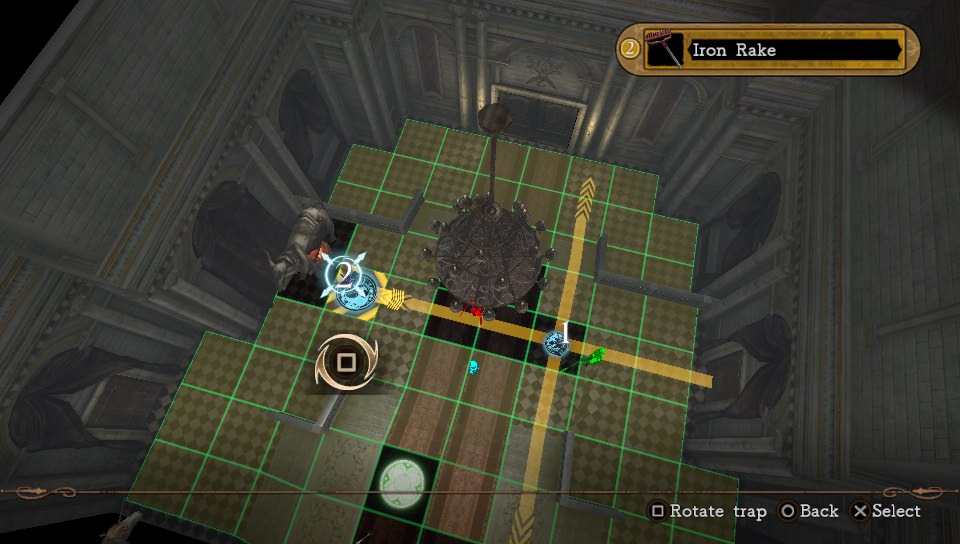 No matter how it looks on the outside, Deception IV is a game for careful planners and analytical thinkers.

So long as you're not opposed to crushing your enemies with falling boulders or slamming them into a bull-shaped furnace with a swinging blade all in the name of resurrecting the dark lord Satan, Deception IV is a puzzle game that's well worth the investment.

It might not be a game you'll want to play in public, but Deception IV is a unique puzzler that's as dark as it is satisfying
Next Up :
Hero Emblems II review - "Lovely visuals and music, but match-3 combat lacks strategic depth"