The top-down car combat game carries equal parts racing and action, with machine guns and rocket launchers as important as tyres and suspension.

Winning races enables you to repair your car, as well as outfit it with new parts and weapons. The total number of weapons, vehicles, and tracks has yet to be revealed.

No console release for Death Rally, though, as Remedy and development partners Mountain Sheep and Cornfox & Bros. have defined it as an iOS exclusive. If Mountain Sheep rings a bell, you no doubt remember the studio for twin-stick shooter Minigore.

Death Rally will be available for iPhone and iPad in March; no price has yet been announced. 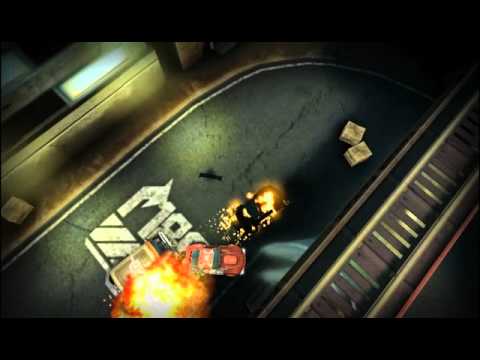 Death Rally publisher Remedy working on 'something else in the future' on iOS after attracting 1.8 million players to its killer racing game