Death Carnival is a fast-paced cross-platform arcade shooter coming to mobile, PC and consoles in 2022

Furyion Games has announced the upcoming release of Death Carnival, an action-packed arcade shooter that will soon be out on iOS, Android, PC and consoles in 2022. The fast-paced title features adrenaline-pumping online PvP and PvE, plus customizable weapons and lots of dynamic combat.

Death Carnival features familiar arcade controls along with full crossplay so that players can get into it no matter which platform they're on. The arcade shooter boasts extreme weapons with loads of ways to defeat enemies in combat, including wall-dashing and using your environment to take down foes. Weapons are customizable with a wide variety of loadouts that suit every player's playstyle, along with over a dozen characters to choose from with their own campaigns and unique moves.

Players can pick single-player, online co-op, or competitive PvP modes to fully enjoy the game where you're thrust into a world that's all about televised blood sports. You'll have to face off against other contestants as desperate for fame and fortune as you are across different worlds. 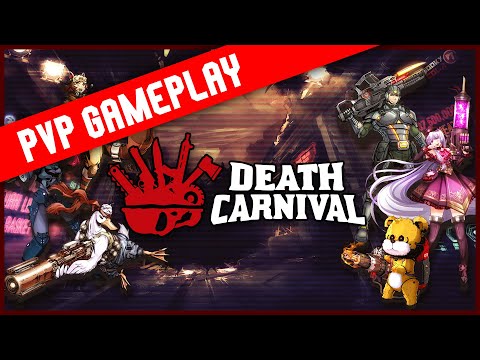 "Our team and fan community have worked for years together researching and developing hundreds of different mechanics and experiences with one goal in mind, to create a highly accessible, emotionally impactful arcade experience that will keep you on the edge of your seat," says Herbert Yung, the Founder and Director of Furyion Games. "We wanted to create something that had the depth of first-person shooters, ramped up freedom of movement, and translated to a style of gameplay that was extremely easy to pick up and play. Whether you're a casual player, or a top competitive gamer, the easy controls and game mechanics will feel intuitive."

While there's no official release date as of yet, you can visit the official website to stay updated on the latest developments.

Next Up :
Willy’s Wonderland - The Game lets you beat up the creepy animatronics from the movie, out now on Google Play