Tips and tricks to kill and not be killed in Dawnbringer

Dawnbringer is an open world RPG inspired by the likes of Infinity Blade and Beast Quest that's just launched on iOS and Android.

You play some kind of fallen angel who has to stop his dumb brother from corrupting the entire world by gathering up a bunch of scattered relics. And by relics I mean the skeletal body parts of ancient heroes.

On the way you'll fight hundreds of nasty little demons, increase your level, craft new gear, and smash thousands of boxes and urns.

It's a pretty straightforward game but combat can be quite tricky for those new to the genre, and you'll likely struggle to figure out what to prioritise in terms of upgrades. You also might wonder why you're smashing so many boxes.

Well, don't fear as Pocket Gamer is here to help you figure all this out. We've spent a fair bit of time with the game to bring you these tips and tricks to help you play more optimally. 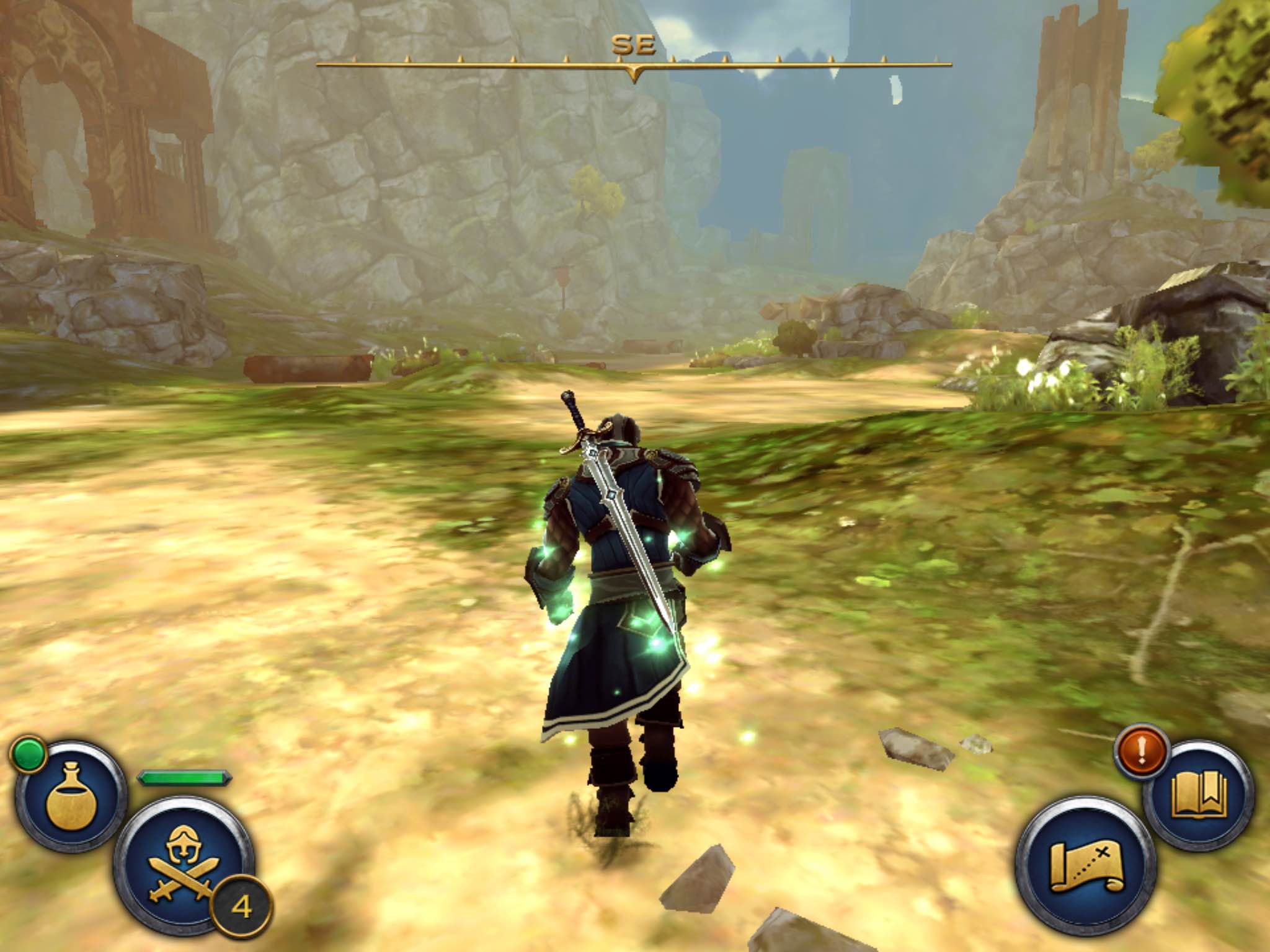 By that we don't mean make sure you're killing bad guys - there are no good guys to kill. Instead, we mean fight good.

That's easier said than done though - especially at first when enemies are just beating on you and you have no idea how to defend yourself.

You can parry enemy's attacks by swinging your sword in the opposite direction of their attack, and you'll want to aim to do this as much as possible so you don't get hurt.

Now enemies do telegraph their attacks but you'll have to spend some time watching them to figure out exactly where their swings are going to come from. They try to throw you off by spinning or flourishing their weapon before attacking. 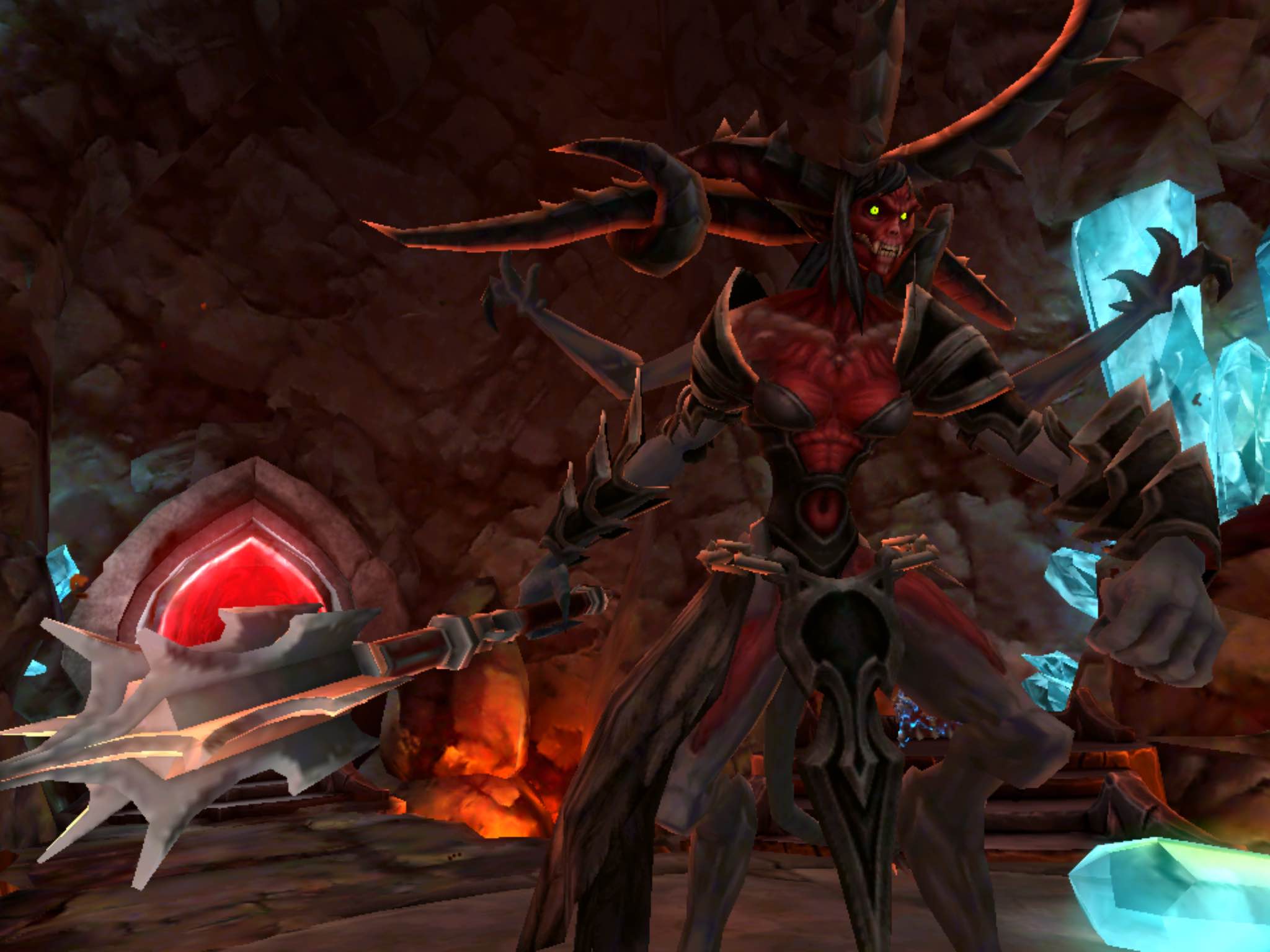 To tackle this, just watch to see which direction the attack ends up coming from and memorise it. Then you'll always know how to parry that attack in future.

Next step is to swing your sword at the right moment, as swinging too early or late won't do anything. The right moment is the exact moment that the enemy starts swinging their weapon towards you.

If you're feeling extra brave, you can try for a 'Perfect Parry' which actually deals damage to your opponent. To pull this off, you've got to wait till the last possible moment to swing your sword.

In between parrying attacks, you're going to want to unleash your own combos. The number of attacks you can unleash between your enemies depends on two factors - the speed of the enemy you're facing, and how brave you're feeling.

Against your average enemy, you can usually get in two or three attacks safely between parries, but against bosses this can increase to as much as five. These enemies usually attack slower but hit much harder. 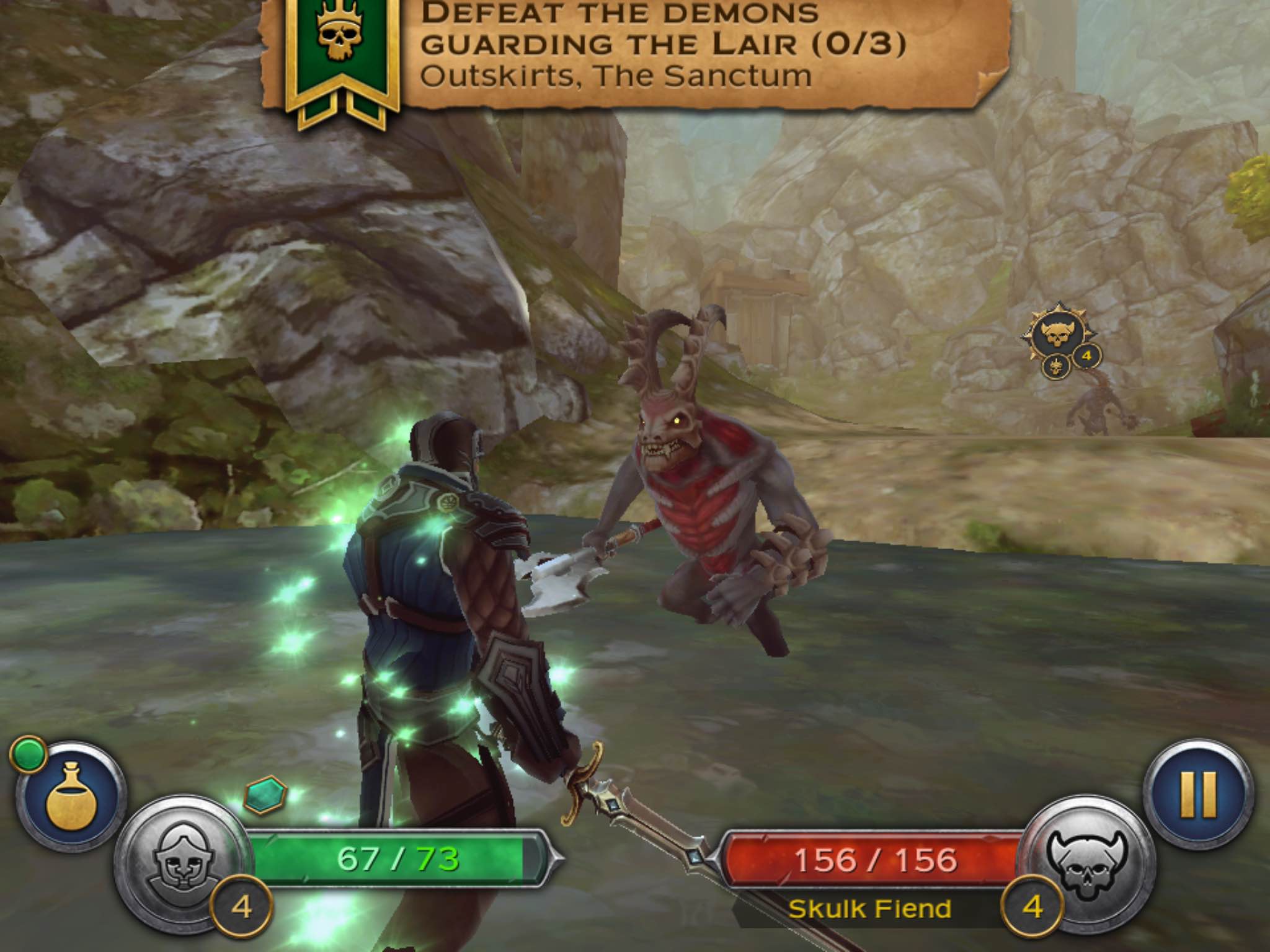 Don't be afraid to use trial and error though, and you should push your luck occasionally to test your limitations.

Oh, and we recommend using your finger to attack rather than your thumb - it's just a lot more precise.

Go for a wander

While running around the world, you'll see a bunch of crates, urns, and chests you can smash, and we recommend you do so at every opportunity.

Why? Because it's fun. Oh, and you can earn a bunch of resources you can spend on upgrades for your weapons and armour. This becomes a necessity later on when the challenge picks up. 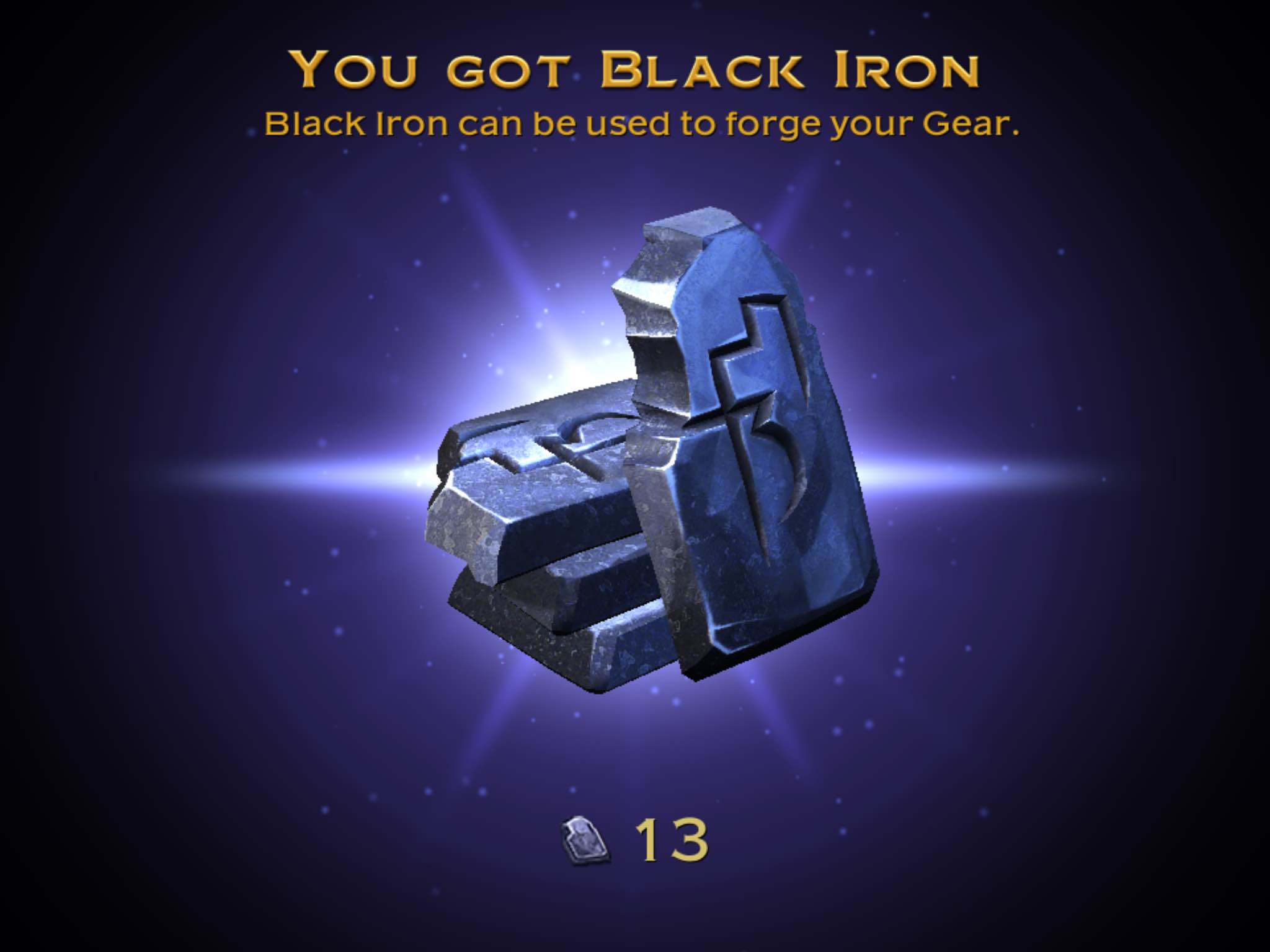 Glowing green urns are slightly different though - these heal you. That's incredibly handy as potions are fairly expensive and take time to brew.

These smashable items tend to respawn in the same locations so it can help to memorise them and then return later to gather a bunch of resources quickly or just heal up.

You should also kill every single enemy you come across so you can boost in level and pick up a bunch of handy resources to boot.

Besides, practice makes perfect where the combat is concerned. 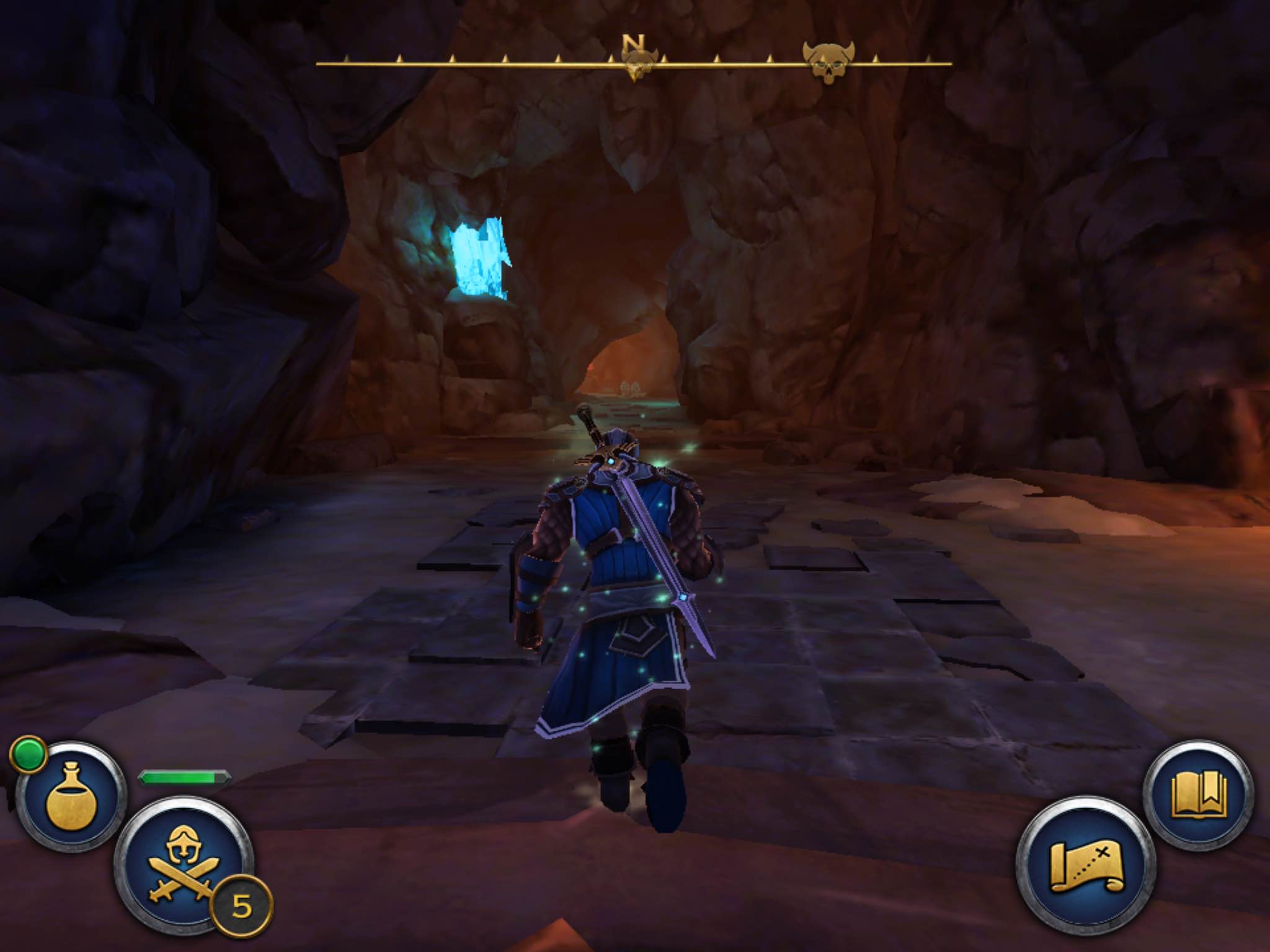 You have armour, a helmet, and a weapon which you can upgrade to increase the damage you deal, lessen the damage you take, and tweak some other statistics.

To do so, you'll need to gather a bunch of resources. We covered how to get them above but another method is to go to the in-game store and watch ads (or like the various social media pages) to earn some quick and easy gold, then just buy resources directly.

Titanite is fairly common, so if you're low on cash we'd recommend on focusing on Black Iron and Dragonscale. Oh, and if you want to save more money, you can purchase just the resources you need by trying to upgrade and then buying the resources you're missing outright.

Your priority should always be on increasing damage, as you can mitigate any taken by being cautious and parrying at every opportunity. So it makes sense to focus on your weapon, helmet, and armour in that order.

Upgrades occasionally have a level restriction though, so if you've only got one option, just go for it.

Dawnbringer - Sunshine of your life?