Hands-on with Cut the Rope 2

You can breathe a sigh of relief - Om Nom is back with his adoptive family, safe and sound.

For those of you who haven't booted up Cut the Rope (or any of its spin-offs) in the past few weeks, you may be staring blankly at the screen at this point. Let me explain.

ZeptoLab's adorable candy-eating critter went 'missing' in October. The eagle-eyed among you probably noticed that he actually disappeared from inside the Cut the Rope games themselves.

Just when the local detectives had given up all hope of finding him, the lovable sweet-toothed green monster returned home to his young owner Evan Coulter as if nothing had happened. 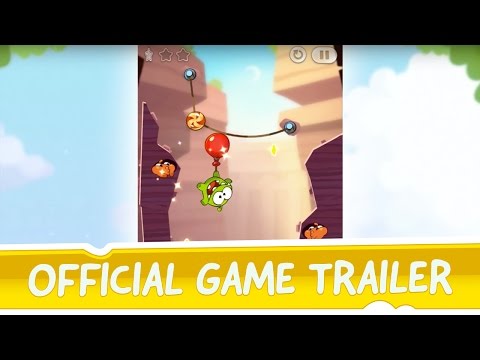 As it transpires, to quite a few places. (Five to be exact.)

You gradually reveal the exact whereabouts and movements of Om Nom over the past six weeks by completing the 125 levels - spread across the five environments - in this eagerly anticipated sequel.

So, we pick up the story of Om Nom's 'kidnapping' straight after our sweet-loving hero is whisked away by hot air balloon.

Rather cruelly, he soon gets dumped in a forest. Oddly enough, he still has a rapacious appetite for candy. Strange lad. (Surely an exit strategy would be more pressing at this point?) 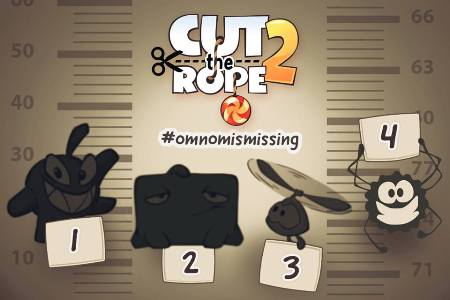 As per, well, all previous Cut the Rope instalments, your mission here is to deliver said sweet into Om Nom's capacious gob by cutting cords in a particular order. The difference here is that you now have some helpers, a.k.a. "Nommies". Oh, and a multitude of new gameplay mechanics.

In one of the early forest levels, for example, you have to carefully dislodge a (very conveniently placed) plank of wood so that the coveted candy piece ricochets neatly off the flat timber and into Om Nom's gaping gullet.

From the forest, our mysterious little beastie winds up in a sandy dam. Here, he encounters Lick, a chameleon-like critter with a tongue so long it would make Gene Simmons green with envy.

Need an impromptu bridge to safely coax that tasty piece of falling confectionery into Om Nom's waiting jaw? Just tap on Lick at the opportune moment and let his fleshy mouth organ, gravity, and physics do the rest.

During Om Nom's further adventures through a junk yard, a city park, and the underground, he also chances upon Blue, who can replicate himself infinite times in mere seconds; Toss, who can launch object skywards; and Boo, who can frighten Om Nom into more 'convenient' spots in the environment to ace a stage. 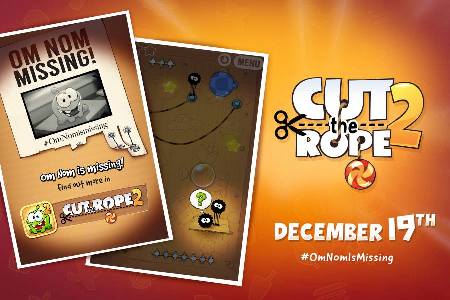 ZeptoLab doesn't overwhelm you with these new interactive characters and objects. After a cursory look at the simple on-screen instruction displayed at the beginning of a chapter, you get the gist. Then, you experiment. Or you just poke and prod at Om Nom as you would a Tamagotchi. Completely up to you.

It's that element of discovery, allied to the increased interactivity (Om Nom is no longer static - you can move him at will into more advantageous positions if you desire), that will surely appeal to veterans of the Cut the Rope franchise.

And it's these seasoned rope-scything pros ZeptoLab is really targeting with the additional special challenges - such as completing a level WITHOUT collecting a single star - the secret levels, and various power-ups in this full-fledged sequel. 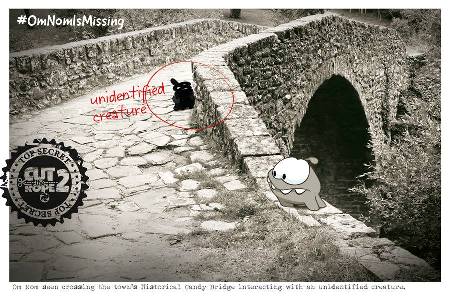 You see, Cut the Rope 2 will go live exclusively on the App Store on December 19th at the special launch price of just 69p / 99c.

After "some time", ZeptoLab will release Cut the Rope 2 on Android. Before you ask, yes, it will be a free-to-play game on Google's mobile platform.