It will also go live on the Amazon Appstore on March 30th.

In this sequel, there are - unsurprisingly enough - new levels in which to test your rope-cutting and candy-collecting skills.

Oh, and they'll be even more heading your way soon.

There are also loads of characters joining Om Nom on his world-spanning journey. 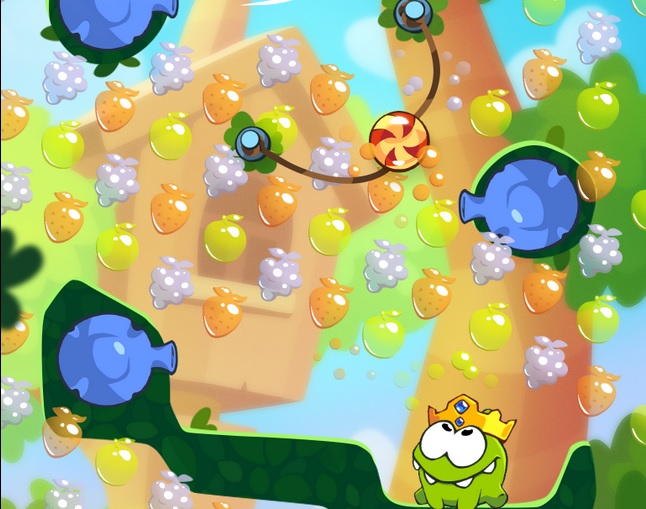 In our review of the iOS version of the game, we said: "Cut the Rope 2 is a more vibrant, more dynamic game than the original, but one that's clearly aimed squarely at existing fans of the series who just can't get enough of its candy-swinging gameplay."

ZeptoLab has also just announced that there have been over 500 million global downloads of the Cut the Rope games. That's a LOT of candy.

Cut the Rope 2 is free to download from the Google Play Store right now.

Out at midnight: Cut ropes and munch candy in physics-puzzling sequel Cut the Rope 2 for iOS