Last week, members of the Pocket Gamer and AppSpy crew were at Gamescom in Cologne. After eating our collective body weight in sausages, we're bringing you hands-on impressions of our favourite games from the show. 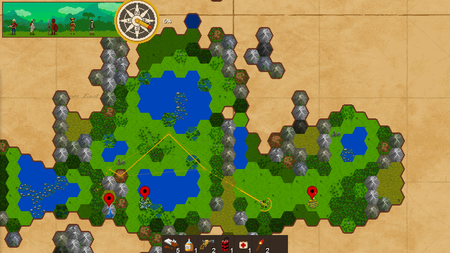 Pixel art roguelike Curious Expedition is basically FTL, but replace the spaceships with 19th century explorers and substitute the vast expanse of space for a tropical jungle.

Your goal is to take a famous scientist - like Amelia Earhart or Charles Darwin - into a randomly-generated jungle and attempt to uncover some hidden, mythological treasure.

As you wander about a hex-based map, and slowly uncover more of the surrounding area as you clamber over hills or wade across rivers, you'll improve a magic compass which points in the direction of the treasure.

Along the way you'll have random encounters with multiple choices, you'll get into scraps with monstrous enemies, and you'll have to manage your supplies. 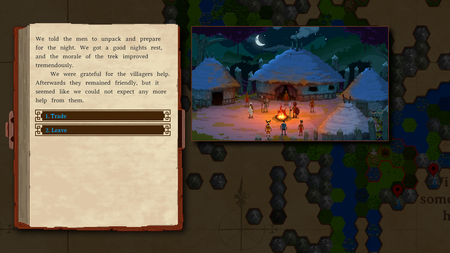 You won't be alone, of course. Before you set off on your trek you'll need to pick a bunch of party members, such as natives (handy, as they can speak the local language) and soldiers (good in a scrap).

Your team members will also have certain less-positive traits. A character might be a racist, which will influence their decisions and conversations. Or be an alcoholic and hog all the booze.

Those traits can change throughout the course of the game - a racist might change their outlook following a good experience with the natives, or an open-minded man might become a bigot after a negative encounter. 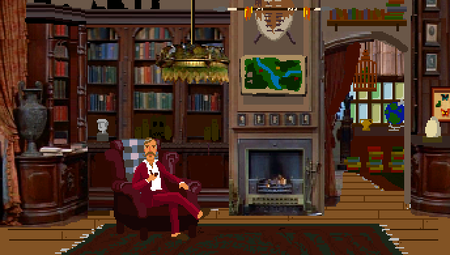 Instead of fuel or energy, characters use up sanity as they explore. While I didn't get to see this in my brief hands-on with the PC version, it's said that this can send your team members mad and compromise their decision making.

Developers Riad Djemili and Johannes Kristmann should know a thing or two about that, having worked on unsettling insanity-driven shooter Spec Ops: The Line at Yager, before quitting and setting up MaschinenMensch and going indie.

Curious Expedition has a massive amount of promise. From the sharp pixel art visuals to the staggering difficulty level to the constant surprises, this could end up being very special indeed.

And it's not content with just being "FTL in the jungle", as I said above. By introducing lots of clever ideas and twists on the roguelike formula, it probably deserves way more than a pithy "Like X with Y" descriptor from some two-bit games journalist.

Mobile gamers might need to wait a while to see it, though. While Curious Expedition is on track to launch on PC later this year, MaschinenMensch says it will launch a touch-friendly tablet version a little while after that, provided the game is successful.