Cards, The Universe and Everything (CUE) revamps its visuals and adds UI improvements in latest update

Avid Games has announced a cool-looking redesign of its award-winning Cards, The Universe and Everything (CUE) game on mobile. The hilarious TCG lets players put on their thinking caps and unleash their inner tactician in order to battle against sharks, dinosaurs, and practically everything.

With a million downloads to date, Cards, The Universe and Everything (CUE) invites players to re-experience its revamped UI and UX, which adds welcome boosts to usability and functionality. The card collecting game also features new effects and more surprises to expect in upcoming updates. Are you ready to see who'd win in a fight between Loki and a pug?

In case you're not familiar with the game, CUE boasts a deep strategic gameplay combined with fun facts and the chance to hoard over 2,000 cards in total. Players can collect, trade, fuse and even craft their own cards and take them to battle, whether they're up against fan-fave characters from Norse mythology or fearsome Arthurian legends. They'll have to master combos, card synergies, skills, and unique card abilities to be the ultimate champion of turn-based combat. 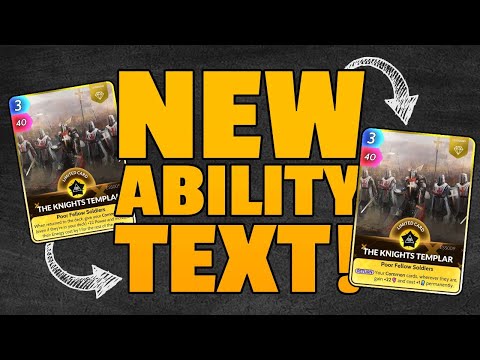 If you're eager to join in on all the festivities, you can have a look at the official website to stay updated on all the latest developments, or download the game on the iOS App Store or on the Google Play Store for Android devices. It's a free-to-play game with in-app purchases. You can have a look at the embedded clip above to get a feel of the update as well (they've got very detailed videos on new updates on YouTube), or join the community of followers on Facebook.

Are you on the hunt for more card collecting games that will put your skills to the test on your mobile device? Why not take a gander at our list of the top 10 best collectible card games on Android?

Next Up :
Bomb Trouble is a retro platformer where you defuse bombs to save your kingdom, out now on Android