Jason Avent on the creation of a freemium sensation

In June 2011, Disney closed Black Rock Studio, the Brighton, UK-based developer of much-admired console racers such as Pure and Split/Second.

This, explains former Black Rock game director Jason Avent, "was an opportunity for us to start something new".

The result was Boss Alien, and in June 2012, this upstart studio released a free-to-play drag-racing game for the iPhone and iPad, through publisher NaturalMotion.

Within one month of its launch, CSR Racing had grossed more than $12 million, and established itself as a poster child for free-to-play success in the process.

So how did a group of triple-A console developers produce one of the most popular - and most lucrative - iOS games of 2012?

"You clear your evening to play three hours of BioShock or The Last of Us - you have to sit down and commit a long period of time. But mobile gaming isn't really like that. 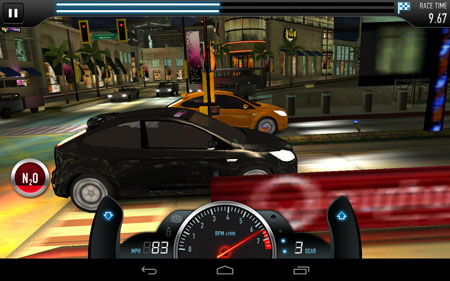 "You play a session or two while you're waiting for your coffee at Starbucks. You play on the tube, you play sitting on a bus, or you play waiting for a doctor's appointment."

This conclusion - that mobile gaming should fill the small "voids of time" in a player's day - forms the basis of Boss Alien's approach to freemium game design. It may sound like little more than simple commonsense, but Boss Alien didn't arrive at this theory through blind intuition.

Instead, the team of console development veterans spent months researching the mobile and social gaming success stories. "We looked at a lot of Facebook games and the games that were successful on iPhone," explains Avent.

So although CSR Racing was perfectly playable by December 2011, the team spent a further five months scrutinising the competition, researching monetisation mechanics and polishing core gameplay to a high gloss.

One finding of this period was the importance of sessioning.

"The way a lot of mobile games work - especially the ones that have come from Facebook - is that although you have a long session at the start, you soon run out of things to do," Avent explains. 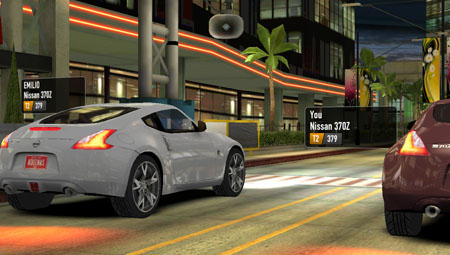 "So what's why we built a traditional game structure around them - where you can upgrade your cars, expand your garage and go through a story - because those small sessions have to mean something.

"So I think we've brought with us a kind of idea of game structure and story from triple-A, but noted the play patterns of mobile games."

So aside from adroit use of sessioning, what is the secret of CSR Racing's monetisation success?

For Harry Holmwood, the European CEO of Japanese publisher Marvelous AQL, it can be chalked up to its fundamental similarity to collectable card games. 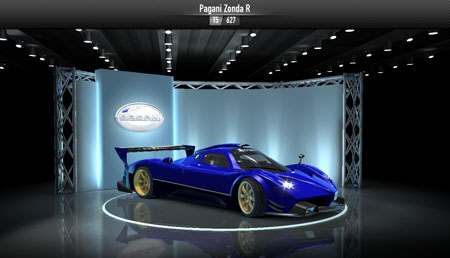 "Look at CSR Racing. It looks like a racing game but it's essentially a card battler, and that's why it monetises so well," he argued in his Develop in Brighton 2013 conference talk

I ask Avent whether CSR Racing was conceived as a racer/Card Collection Game hybrid. "No it wasn't," he replies, before going on to list the myriad complexities of the CCG genre that find no counterpart in CSR Racing.

"We probably could have done, if we'd known more about CCGs at that time," Avent laughs. "But that wasn't the goal. That wasn't what we were inspired by."

Instead, Boss Alien once again took its cues from the world of triple-A console development. "Really, it's built on Gran Turismo," Avent explains.

"You collect your different cars, and you upgrade your cars and that's how the career works - that's where it came from."

The key difference, of course, is that CSR Racing allows players to speed up all of these processes through in-app purchases - a boon for time-pressed casual players, but an affront to much of the hardcore crowd.

After five months of research and polish, CSR Racing was more or less ready for launch.

Boss Alien had taken the lessons learnt from existing mobile gaming hits and blended them with the studio's own triple-A sensibilities to create a product that was ready for the spotlight.

"We kind of had some idea of how successful it would be from the soft launch," Avent notes. "Then we were at WWDC 2012 [where the game was demonstrated as part of Apple's keynote] and the reception was really good.

"Then we hard launched, and the numbers just went astronomical."

Avent declines to share any hard figures, but App Annie's store stats show that CSR Racing shot to #1 in the App Store's download charts within 2 days of release. It reached #1 in the top grossing charts just 2 days later.

Then in August 2012, CSR Racing publisher NaturalMotion announced the game had grossed $12 million in its first month of availability. I ask Avent whether he'd had any inkling as to the level of success it would achieve. 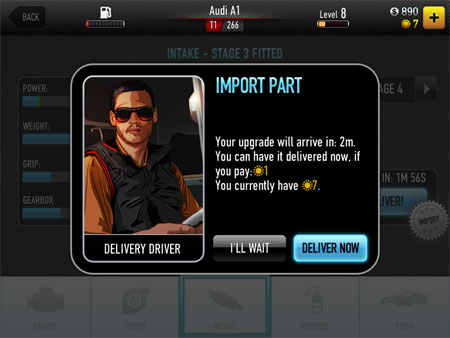 "No, it was a surprise," he replies. "It was bigger than any published financial results for this type of game - the success was unprecedented. We were very pleasantly surprised."

"We got a case of champagne and drank it on the roof in the rain," Avent tells me. "With big cigars."

An influx of posh booze and Cuban tobacco wasn't the only change going on at Boss Alien during this time, though. In early July 2012, the studio was acquired by CSR Racing's publisher, NaturalMotion.

"Looking back, it was probably inevitable," Avent reflects. "We did definitely put up a fight to remain independent, but in the end the offers were too attractive."

What's more, Boss Alien's relationship with NaturalMotion was almost as old as the studio itself. When the fledgling team was operating out of Avent's attic, Boss Alien completed a number of work-for-hire projects for NaturalMotion.

"I think the reason they were open to working with us initially is that we were very open to freemium and mobile and were very interested and excited about where that could go," Avent recalls. "So I think we shared a lot of common goals and common interests."

I ask whether much has changed at Boss Alien since the acquisition. "We've had more freedom because we're more trusted," Avent replies.

"Very simply, it's easier to work as an internal part of NaturalMotion. One of the concerns we had regarding the acquisition was that we would have less freedom, and that we would be completely subsumed and destroyed.

"So one condition of the acquisition was that everyone understood we wanted to retain a degree of independence."

And according to Avent, NaturalMotion has consistently honoured its part in this deal.

"We've got the best of both worlds," he continues. "It still feels like an independent studio, but we've got all the backing of a large company and the backing of this financial success."

"It's great, and we're working on… We've got multiple titles in development at our studio."

I press Avent on what some of those titles might be, and receive a firm 'no comment'. When I ask specifically whether CSR Racing 2 is currently in production, Avent chooses his words carefully.

"I'm not sure that sequels in their strictest sense make so much sense on mobile, because you continuously develop a game when it's successful, and the kind of things that you'd normally do as a sequel, you end up doing as part of the product path maintaining the game as a service.

"However, I think it makes sense - now that we've found a formula that people like - to provide more of that with different slants on," Avent continues.

Exactly what different slants Boss Alien will put on the CSR Racing template remains to be seen, but Avent is clear that all of the studio's work - whether a CSR game or an entirely new project - will be high-end free-to-play on mobile.

"I don't think we're going to be a solely racing game studio, but I do think we're always going to push the graphics, push the production qualities, push the game structure and push things forward a little bit," Avent ponders.

"I'd like to try and develop games that are more skilful, I think. "

But while one set of gamers eagerly awaits news of CSR Racing updates and expansions, another group sees it only as the posterchild of a hated monetisation model. 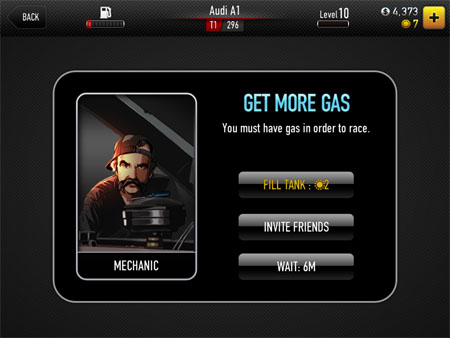 Much of the core gaming community remains deeply sceptical of the free-to-play model - a fact that Avent is only too aware of.

"I see it as being on a par with the people who've got an Xbox 360 and they don't believe the PS3 is as good," Avent explains, referring to the mistrust of freemium harboured by many gamers.

"But free-to-play works. Millions of people play games with freemium business models. There are good practices and bad practices, just like there are with any business model and any market, and it's maturing all the time."

As for the future of free-to-play, Avent believes western developers should - and eventually will - look east for their monetisation inspiration.

"I think we need to learn from Japan to be a bit more patient about monetisation, to be a bit less in your face with upselling things, and make a game that requires a bit more skill and bit more investment," he argues.

"I think from that investment, players get more interested in the game, they'll be retained longer, and I think they'll end up spending more if they enjoy what we give to them."

And as for the core community, Avent hopes he'll be able to win them over too.

"What I'd say to people who are still a bit wary of free-to-play is be patient. We'll get there in the end and make a free-to-play game that you won't find unacceptable."