Despite achieving almost 300% of its Kickstarter goal back in mid-2018, Crying Suns really seemed to catch a lot of people off guard when it launched on PC late last year. Well, the sci-fi rogue-lite tactics title is now out on mobile too, and it's definitely one that you shouldn't let pass you by.

Crying Suns is, among other things, incredibly smart and approachable. Where most roguelites throw you into a muted encounter or at least start you off in an area where you can't come to too much harm, Crying Suns tosses out the stronger procedural design traits we regularly see thrashed around in order to bring in a deliberate, curved progression which doesn't just train you up on gameplay elements but also eases you into its world and lore. 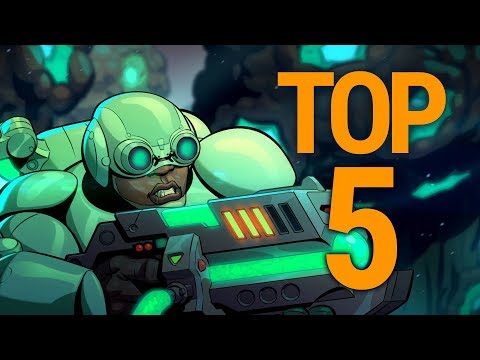 And it's a game with surprisingly rich lore - after a massive incident completely removes all structure from a galactic universe the various sectors all fall into disarray, but — in what is surely a comment on human nature — each becomes consumed or dominated by different sins. In that way, it's a post-societal game, rather than a post-apocalyptic one, and the setting, as well as the mystery that surrounds it, really does a great job in tugging you forward through Crying Sun's chapters.

Yes, chapters. So, while it very much has the persistence and difficulty of a rogue-inspired game, every time you finish a chapter you end your campaign and can then choose a new point to start afresh from. This is a clever design mechanic - because it resets the difficulty curve, and restricts the complexity of the components - however, it does feel a bit jarring to have your progress reset after a massive victory. This does also give a weird undertone to a quick single-chapter run, but once that feeling is pushed aside Crying Suns is nigh on perfect.

When I said earlier that Crying Suns was incredibly smart, I didn't just mean in the way that it manages player progression and the difficulty curve, but also in the various forms that the gameplay takes.

Most of the time you'll be in one of the starmap or galaxy views. These will be instantly recognisable for fans of the genre, and developer Alt Shift has taken a lot of pride in pointing out similar visual framing as FTL: Faster Than Light. However, Crying Suns event system regularly leans on - or advances - its story, and that makes it really stand out.

When you're not clicking through events, you're juggling resources, upgrading and crewing your vessels, sending your ground troops to explore planetary surfaces or blasting your way through ship-vs-ship battles.

The battles are great. It's pausable real-time fought on a hex-based grid, with each unit having its own health and stats. There's a classic rock-paper-scissors combat system at play, with a few extra types and perks available to mix things up - but if you're familiar with Advance Wars/Fire Emblem or Pokemon's type system then will quickly wrap your head around it.

In combat, you'll juggle abilities and weapons as well as deployment and control of your battle squadrons. This plays out magnificently and opens up a flood of tactical options. You can hunker down near your ship, indirectly healing the ships while firing off weapon rallies at the enemy cruiser - while at the other end of the extreme you could scatter bomb the combat area while you move smaller, scrappy units at the enemy ship, attempting to win through overwhelming offence.

It is truly something that has to be played to fully understand the incredible balance that's at play, but also, also... it should definitely be played on mobile. Touchscreen controls and the redesigned UI really make it feel perfect on mobile - better even than the PC version.

Great story-paired-event system and combat aside, Crying Sun's lieutenants and how they tie into the rest of the game are another stand-out feature.  Depending on the characters you pick (or gain) to serve as officers on your ship you can gain new event options and event endings. But, in addition to that, they also serve as modifiers in combat and are critical to the planetary surface missions.

These land missions are almost fully automated, but there are regular dice-roll checks against your selected officer's skills. While the automated stuff would normally detach you from the results, each of your ground troops has a name, and that makes it really engaging and compelling when you find out that you picked completely the wrong officer for the job and José is going to pay for it with his life.

Crying Suns is a  masterclass in strategy and takes a lot of the strengths we've seen in run-based games over the years and twists them into a wonderful post-societal sci-fi strategy game which nods at its inspirations, but never lets them define it.

You can find Crying Suns on the AppStore, and on Google Play.

It looks like we'll have to update our list of the best strategy games on iPhone and iPad, see if you agree with our other entries.

Easily one of the best strategy games of recent years, and somehow even better on mobile. Its replayability is hampered by its story focus, and its chapter separation was unexpected, but gameplay-wise there's not a single fault.
Next Up :
Netflix Oxenfree review - "Reading the signals of a thriller story"