Between life and death

As well as Ronin, Devolver Digital confirmed that supernatural adventure Crossing Souls is on its way to PS Vita.

We caught wind of Crossing Souls last year during the final days of its Kickstarter, noting that it was "possibly" heading to PS Vita. So it's satisfying to be able to say that it definitely will be now.

But what caught our eye about it in the first place?

It has you switching between five Californian teenagers on-the-fly during the summer of 1986. It starts with them finding a mysterious artefact that lets them travel between the realms of the living and the dead.

This gets them mixed up in government conspiracies and shadowy forces. By the end they're on a quest to save their quiet, unsuspecting town. 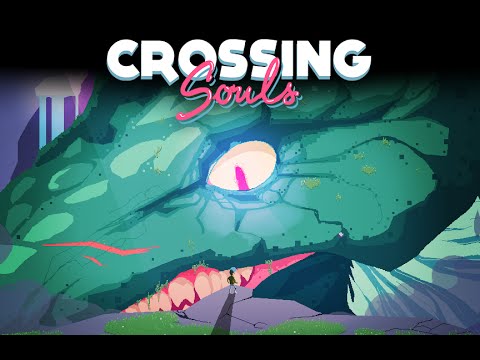 In other words, Crossing Souls has a bit of an Earthbound vibe to it - that's enough to interest us.

Primarily, it's an action-adventure with RPG elements bolted on. So expect real-time battling in which you'll need to harness each teen's ability to beat up local authorities and evil specters.

There are also puzzles to solve and plenty of Saturday morning cartoon-style scenes that tell the story.

Find out more about Crossing Souls on its website.