Joycity has announced an epic update to CROSSFIRE: Warzone, the studio's mobile strategy war game. As the biggest update to the game so far, the new Sudden Breach content adds a host of in-game events, quality-of-life improvements, competitive features and more.

In CROSSFIRE: Warzone’s Sudden Breach, players can expect to hunt and fight the enemy commander "Breaker" and try to face off against its shock troop attacks. Players can enjoy seven Chapters and seventy Battles along with four tutorial stages, plus exclusive Officer introductions and interactions including Mercenary group leader Officer Reyes. 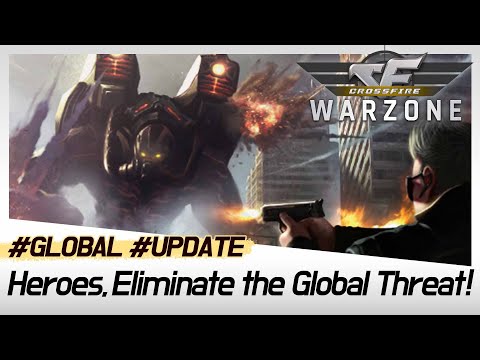 As players go through the new Sudden Breach chapters, they can enjoy bountiful rewards when they unlock Buildings and other content. Players can assign an Officer as the Leader, and take advantage of the Leader's designated Skill without using up Skill Points. While the other three Officers will consume Skill Points, you can earn these by taking down foes as you go along.

If you're keen on joining in on all the festivities, you can download CROSSFIRE: Warzone on the iOS App Store and on the Google Play Store for Android devices. It's a free-to-play game with in-app purchases. You can also join the community of followers on Facebook to stay updated on all the latest developments.

What's A Preferred Partner Feature?
From time to time Steel Media offers companies and organisations the opportunity to partner with us on specially commissioned articles on subjects we think are of interest to our readers. For more information about how we work with commercial partners, please read our Sponsorship Editorial Independence Policy.
If you're interested in becoming a Preferred Partner please click here.
Next Up :
SAMURAI X - X-Sword Style, a brand new 2D action platformer, launches today

CROSSFIRE: Warzone receives a Revenge feature and exchange event as part of its festive celebration