Watch Crash battle against some of his oldest foes

Crash Bandicoot: On the Run is releasing for iOS and Android next year with many hoping the popular platformer's transition to mobile will be an enjoyable one. Today we've been given some exclusive gameplay footage to share with you all that shows off some of the bosses.

Among them, we see the reveal of a new boss that hadn't previously been announced for the game, Uka Uka. If you're au fait with the Crash Bandicoot series you'll be familiar with the name. If not, Uka Uka is Aku Aku's evil twin brother and has served an overarching antagonist throughout the series' history. 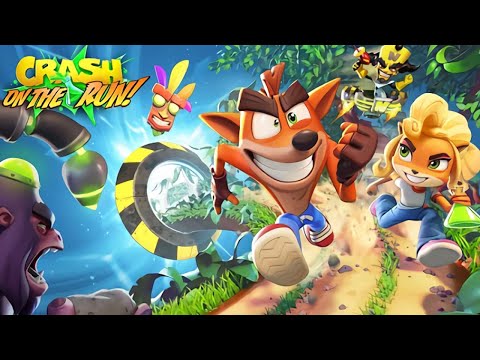 He is the true driving force behind any evil doing carried out by Doctor Neo Cortex and he keeps enlisting his services despite his constant failures, which frequently enrage the voodoo mask spirit. You'd think he'd try and find someone else, honestly. Anyway, you can check out the gameplay footage in the embedded video above.

Aside from Uka Uka, the trailer also gives us a glimpse of some other boss battles we'll have to tackle when the game launches next year. This includes other antagonists from Crash Bandicoot lore such as Doctor Neo Cortext, Scorporilla and Nitrus Brio.

These battles with iconic bosses from the franchise all appear to play out in a similar fashion. Crash will have to constantly run towards them, avoiding different obstacles that pop up or get thrown at him. To fight back, he'll find items on the floor that can be picked up at launched at his enemy.

Crash Bandicoot: On the Run in set to launch on the App Store and Google Play next year, with Apple's storefront saying it's expected on March 25th. It will be a free-to-play game with in-app purchases.

On the hunt for some high-quality runners to play on your phone? Here are 25 of the best for iPhone & iPad
Next Up :
Fortnite v21.20 update brings New Indiana Jones skin set, Charge SMG, and more