Everyone knows that the greatest instrument man has ever created is the cowbell.

Through its dulcet clanks, we are warned of the proximity of bovine foes. The cowbell was also used as a sharp refrain to some of the finest rock songs of the '70s.

Anyway. The developer of Cowbell Hero, the iOS rhythm game in which you can perform the most important role in any band, has turned to Kickstarter for help.

"But, Harry", you're probably screaming at the screen, "that game is already out! Why would I throw my money at a thing that already exists? Are you an idiot?"

Well, yes, the game is already out. But, you see, the licences for the famous songs are about to expire, which means the game will be pulled from the App Store. No more cowbell for you, meanie. 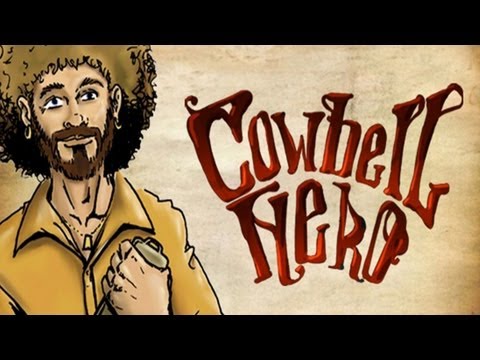 So, Cowbell Hero creator Digital Hero Games has kicked off a Kickstarter campaign to raise some cash to extend those licences.

There are various freebies available depending on how much money you throw at the crowdfunding project, with the top reward 'prize' being a one-of-a-kind Cowbell Hero arcade cabinet for $3,500.

Digital Hero Games also has some stretch goals in mind. Yep, the studio will port Cowbell Hero to PS Vita, Windows Mobile, and Android if sufficient funds are raised.

If you want to keep on rocking, you can head over to the Cowbell Hero Kickstarter by clicking here.

Why be Robert Plant, Dave Grohl, or Caleb Followill when you can be the... Cowbell Hero!