Contraption Maker is the spiritual successor to The Incredible Machine, which was released on PC in the '90s. Think of it as a more advanced version of Fantastic Contraption.

Like that game, Contraption Maker lets you create your own Rube Goldberg machines. It's all about engineering chain reactions out of silly parts, such as toasters, motors, bombs, dogs, bears, and so on.

It's split into two main modes. The first are levels that have you building machines to fix a specific problem. So, puzzles, essentially.

The second mode is called "Maker Lab." It's where you get full freedom to create whatever it is that you want.

This free mode also supports online multiplayer for collaborative projects. Plus, you can share your creations with others online as well.

The video you can see below shows Contraption Maker working on iOS. 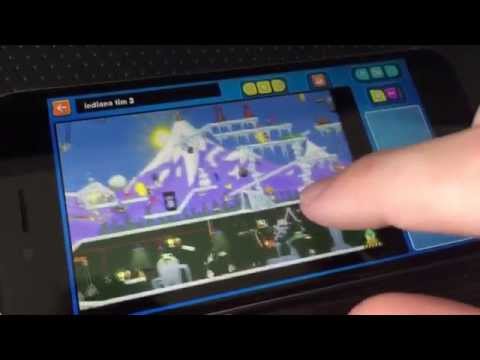 This is only proof that it works and nothing more as the interface is designed for PC and not for touchscreen at the moment.

Obviously, with the development of the mobile version of Contraption Maker being in the early stages, there's no release date yet.

We'll let you know when we hear anything more. Check out the game's website for more information in the meantime.