The troops have spent the past seven days playing Cloud Chasers, a unique survival adventure in which you guide a family across a series of dangerous deserts. 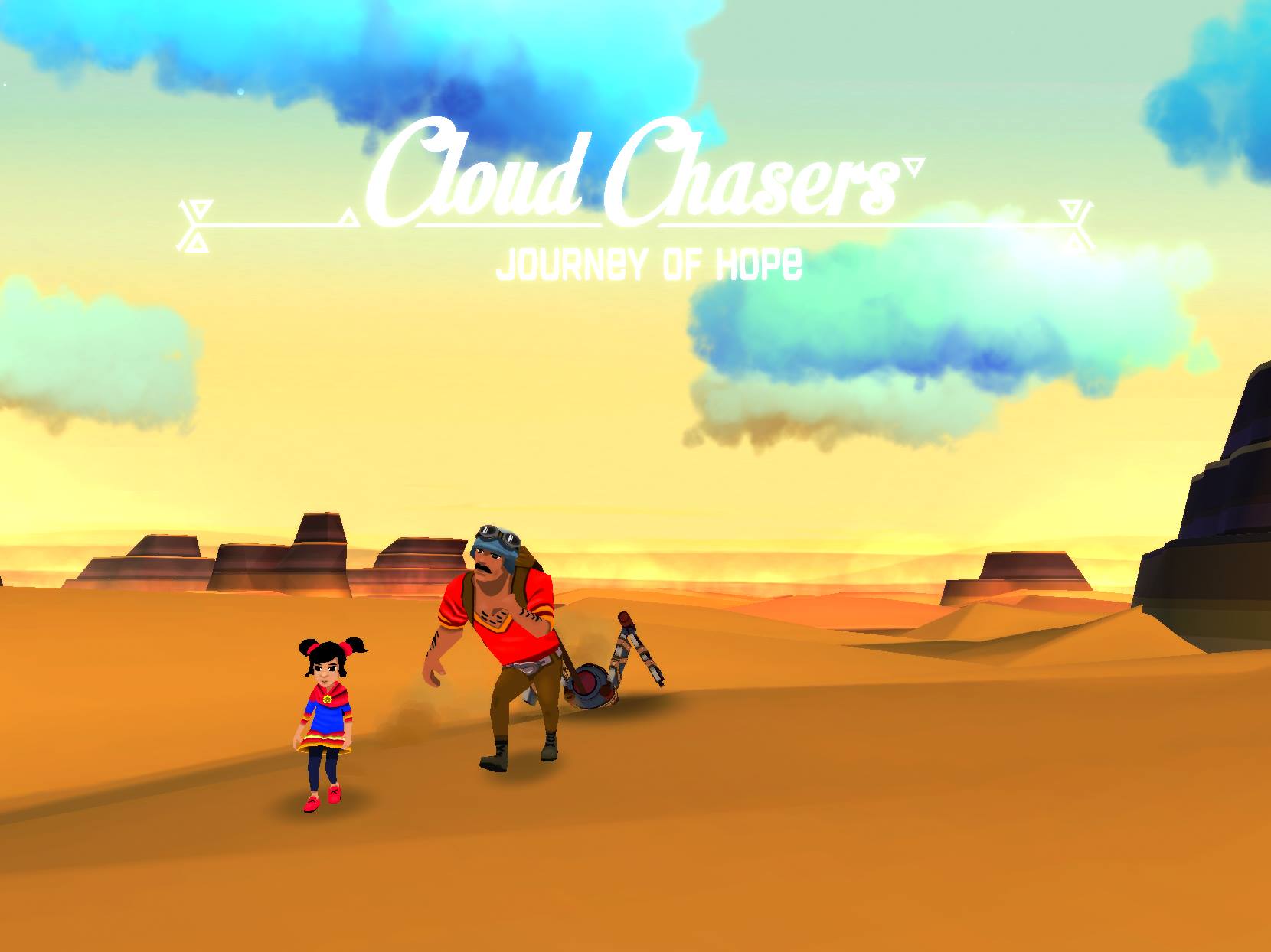 I've just finished the tutorial, played a bit of the main game, and already this game feels special. I'm liking it a lot so far and it's very similar to Out There, which I enjoyed immensely.

It has a lot of charm and potential. The artsy graphics give the game a cute look, but a slightly sad undertone throughout.

The mechanics work very well, and so far this an awesome pick up and play game that I would recommend to anyone.

I realise part of this game is to figure stuff out and die a lot, but I'm not finding it super intuitive.

For example, when you trade goods for other goods and/or water the different colour bars don't make sense to me. It looks like you can overheat in the sun but it's not clear what to do when it happens.

There's a fine line between thinking 'cool I figured it out' and 'this is frustrating'. 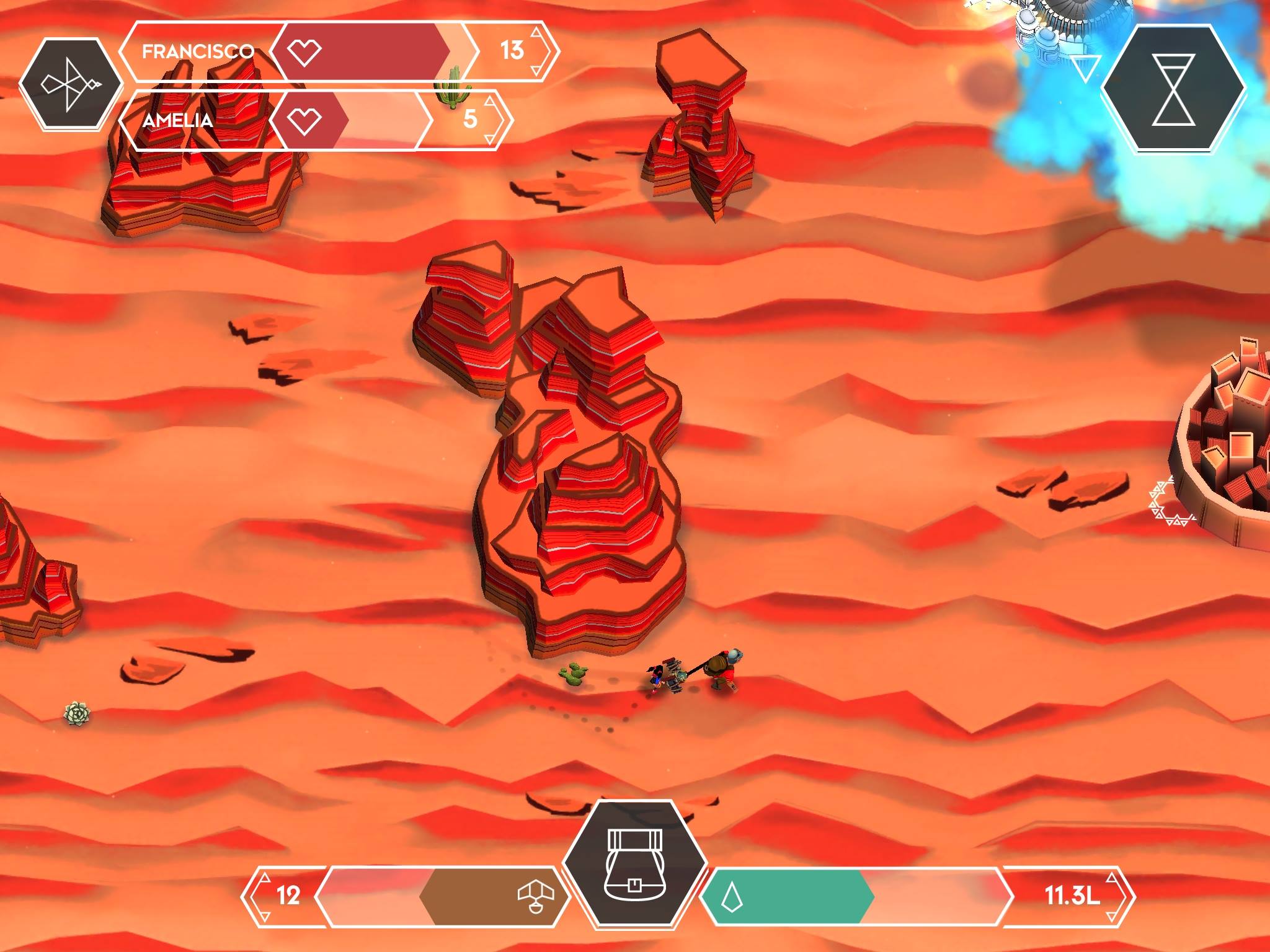 Cloud Chasers is beginning to give me the same vibes I get when I re-install Oceanhorn after a long break. It's distinct and tailor-made for mobile, while also having that one-in-a-million App Store rarity - a novel and robust story.

And don't even get me started on the art design. Yowza.

I have nothing to complain about that amounts to anything more than a minor niggle, like what Matt pointed out about the shops being a little enigmatic, and some of the more crowded menu screens are too small on my iPhone.

One of the things I like most about the game is the water system. Given that you're traveling in a desert with the goal of reaching a safer destination, water plays an important role for survival.

Water is also the currency in this world considering how scarce and precious the resource is in the game. When you reach a town, water is what you use to barter for items and healing.

Given that you need water for both survival and to shop for things, this makes gathering water with your glider very important.

It also means you need to be careful how you spend your water in town as you don't want to put yourself in a bad position when you venture off into the desert towards the next one.

It all gives the game depth in that you need to think ahead before setting off.

I really like its style with a nice combination of visuals and music, and I can tell the developer has put a lot of love into it. The water gathering sequences are pretty fun and look amazing, for example.

However, you do die a lot and I'm having a hard time getting far enough into the game to try the enhancements. There could be a more comprehensive hint system that better explains aspects of the game, such as trading.

Some of the dialog could be better written as well.

Cloud Chasers looks gorgeous, every screenshot you take could be placed in a museum.

I agree that it's a really nice take on Out There, but this one is more appealing to me. The water-gathering system adds a whole other dimension to the game.

Sadly there are also numerous annoyances.

The story isn't very engaging - reading all the text is more of a pain than a pleasure because the story often doesn't make lot of sense.

The water-gathering is fun for a while, but because it's the majority of what you do, and it's almost the same every time, it gets quite repetitive. 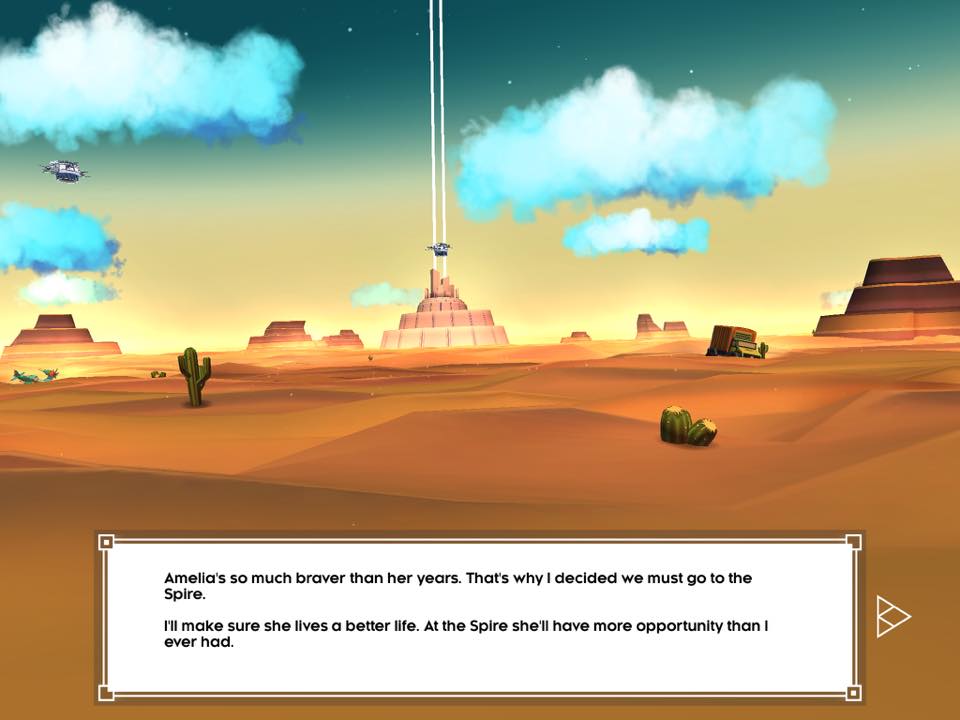 Having now reached the end, I can still say that I like this game, but it definitely isn't perfect. There are minor inconveniences that hold it back from being an even greater game.

The water collecting can get very repetitive, although it wouldn't be as much of a problem if it didn't take so long as character movement is really slow. The stock glider controls also feel a bit stiff.

While upgrades can fix both of these issues to an extent, the roguelike elements mean you might not even get them.

Still, this is easily one of the best games of the month. I love the the art design and its vivid colours, and the game has excellent writing as well.

Definitely give it a try if you like roguelikes similar to Out There.

Regarding the movement, I personally enjoy the deliberate pace.

It's a slow burn for sure, but in contrast to all the arcade action and quickie pseudo-puzzles that thrive on mobile it feels like a cool glass of thoughtful water.

A good looking game with a very clever idea that just failed to grip me. After eventually figuring out what to do I realised that it's just pretty much the same thing over and over again.

You have to advance while managing your precious water resource and, whilst the idea of how you have to gather water is cool, it just gets boring.

That's eventually what made me stop. I just couldn't be bothered to continuously gather. I still have to applaud the dev for trying to be different and creating such a good looking game, though.

Overall, this is a good game. The art style is different and the ambience is very pleasing. It's a title built around the principal of the journey, traveling a great distance trying to survive in a merciless environment, and it conveys it really well.

The game, however, is difficult. It takes patience and thought and has a steep learning curve, but the curve is worth it. Cloud Chasers is really solid and I recommend it. 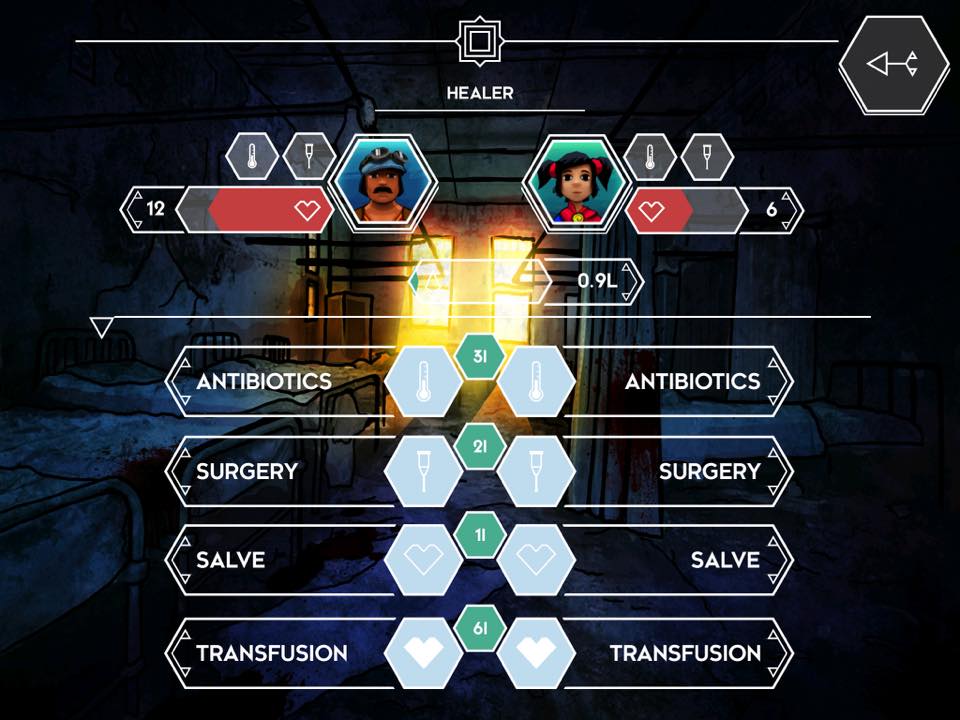 The gameplay systems work out well, although the UI is not very responsive in its current state. It's not as fluent as you'd want it to be.

The story is well presented, but if you're not a fan of reading walls of text then be warned.

I liked the fact that some events you encounter on your journey can relate or link to previous ones, as the game remembers your actions and sometimes even changes the outcomes as a result.

I would really argue against it being difficult since I completed it in my first run. Out There seemed much more harsh than what I've seen here.

Overall it's one of the best roguelikes and has a nice dramatic storyline.

For me, Cloud Chasers is a beautiful game. It's challenging and takes guts, and puts your conscience and morality to the test.

Whether in exploration, management of water supplies, or in the collection of it, this game is relaxing and pleasing, but with a roguelike spirit that provides tension.

The world is warm in its colours, the menus are simple to understand and learn, and the music is soft and delicate.

Cloud Chasers is sublime, playful, philosophical and ruthless: a game that perfectly echoes the failures of today's world.

The App Army have spoken and what a note to end on! If you'd like to sign up, please have a gander at our App Army application article.

Have you taken your own journey across the deserts of Cloud Chasers? How did you fare and what did you think of it? Let us know in the comments below!
Next Up :
Growtopia: Everything you need to know about the massive UbiWeek crossover event