Way back in the fall, we caught wind of Citizens of Earth - an intriguing Kickstarter project that promised to resurrect the cherished gameplay of the SNES classic Earthbound.

This poor Kickstarter didn't quite make it to its funding goal, but then a marvelous thing happened - Atlus, a company known for its JRPGs - decided to shoulder the publishing burdens for the game.

We only had a chance to go hands-on with the PS4 build of Citizens of Earth, but we think it gave us a pretty fair idea of what its story will deliver on the smaller, more portable screens that you Pocket Gamers care about. 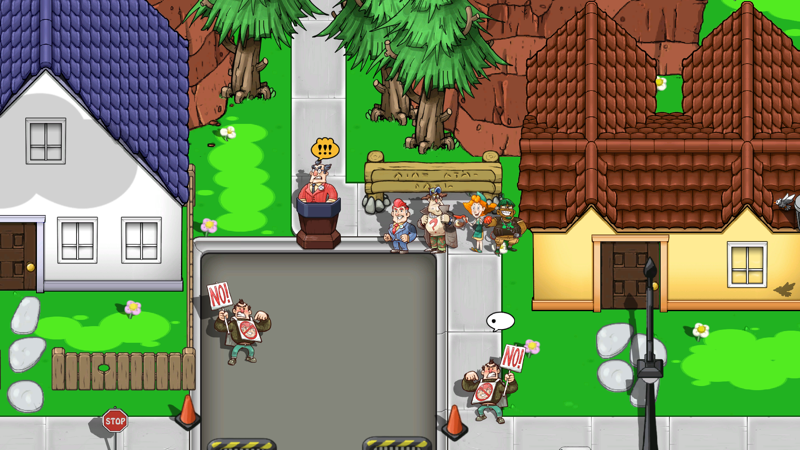 In this oddball RPG, you play as the recently elected Vice President of the World - a man whose boundless enthusiasm for bureaucracy and the status quo are matched only by his immaculately parted hair and confident smile.

It doesn't take long to realize that the VPotW can't go it alone, however, and so you must recruit as many party members as you can to help him in his quest to overthrow his political rival.

Atlus was keen to mention that there are 41 different party members hidden in the game's world, ranging from your veep's brother to a homeless vagrant and a reclusive cat lady.

In short, there are no elven sorcerers or dwarven priests skulking about this RPG - your party members are all workaday Joes and Janes, won over by your (vice) presidential powers of persuasion. 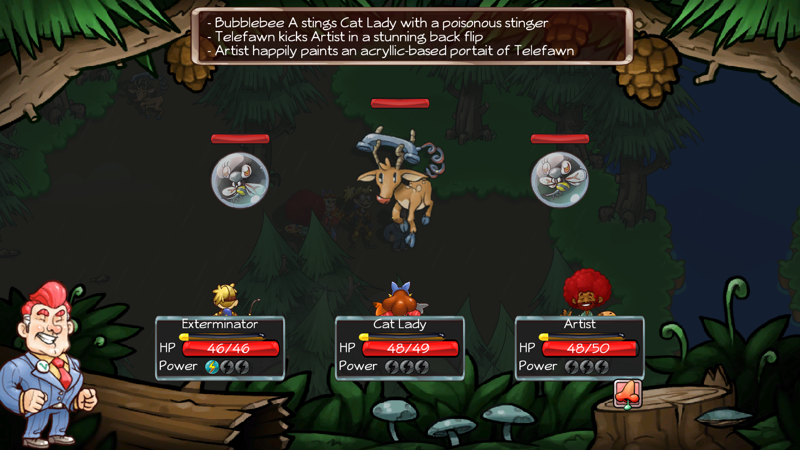 Pleasingly, there are no jarring random encounters in Citizens of Earth - all of the enemies lurk out in the open for you to confront or avoid as you choose.

Assuming that you're looking for action, the combat in Citizens of Earth is sure to satisfy fans of Earthbound and anyone looking for a deep - but accessible - challenge.

Unlike other turn-based RPGs where you can simply spam "attack" to skate through battles, your skills and abilities require power to use - and that power is persistent between battles.

This means that if one of your characters blows all their available power on a massive attack at the end of a fight, they'll need to spend a round or two of the next one ramping up before they can unleash the same beating again.

We were a big fan of the veep's mother's "Nag" attack which delivered a massive debuff on enemies while, assumedly, making them feel badly about not finding a nice girl to settle down with. 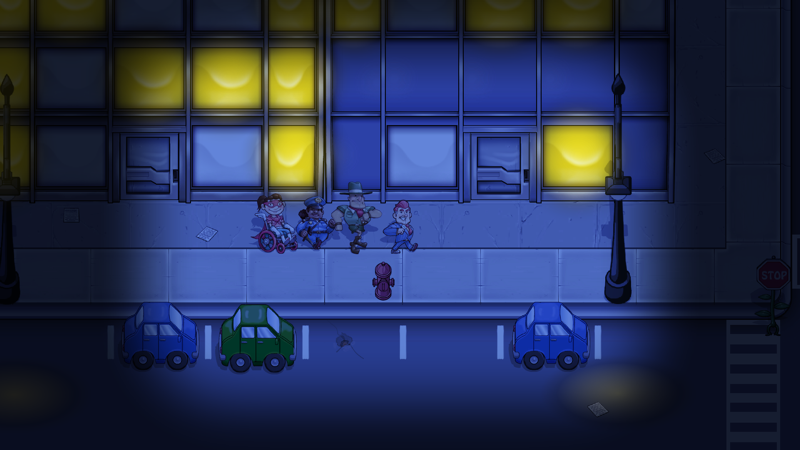 The core of our hands-on demo involved us recruiting the conspiracy theorist found in the local Starbucks Moonbucks.

In order to win him over, we needed to rustle up some "evidence" - which took the form of three mutated, sentient coffee beans hiding out in the overworld.

Each bean was a tough nut to crack, but in a short time we'd rounded them all up only to find our poor friend had been taken off to the local jail for his casual disregard for authority.

After swearing to be good - and not incite civil unrest - we sprung the conspiracy theorist and added him to our ranks.

Make no mistake, Citizens of Earth is not a groundbreaking RPG - but it's absolutely not supposed to be.

Instead, it's an unabashed love-letter to the genre of early 90's RPGs with a modern coat of polish in all the right places.

The world of Citizens of Earth is exceptionally bright and cheery, and we absolutely dug the art design of the characters which - to our eyes - conjured up memories of DoubleFine's Costume Quest.

Similarly, there was a wonderful sense of whimsical, satirical humour that made our time with Vice President of the World a welcome reprieve from the crowded convention halls of E3.

Atlus reckons that you can breeze through everything Citizens of Earth has to offer in 10-20 hours if you don't dawdle on sidequests, but recruiting all 41 characters - including the elusive Sasquatch - will roughly double the amount of time you can spend in its charming, smarmy world.

We don't have a firm release date for Citizens of Earth just yet, but we expect it to be published in North America and Europe sometime this fall as a download-only title.

Until that time rolls around, you can watch the trailer below - or visit its official site for more information. 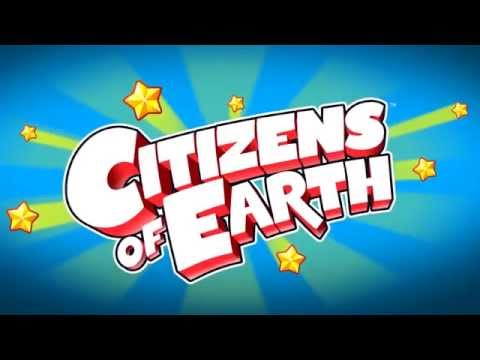 Subscribe to Pocket Gamer on
Next Up :
Need friends for Animal Crossing: New Horizons Multiplayer? Share your friend codes and dodo codes here!