And Lunar Lander isn't exactly known for being easy. So, er, you can probably count on Cavernaut being quite the challenge.

The idea is that you're in a spaceship at the bottom of a remote mine on an alien planet. In other words, you're in the thick of it and if you don't do something will soon die.

The challenge is to navigate this mine to reach the planet's surface where, hopefully, you'll have a better chance at seeing your next birthday.

If you thought steering a ship with tilt controls (as is the case here) was the end of that challenge then you are wrong.

For you have to regularly refuel your ship at refuelling stations and thrust at the right time in order to make it through mining lasers. Great. 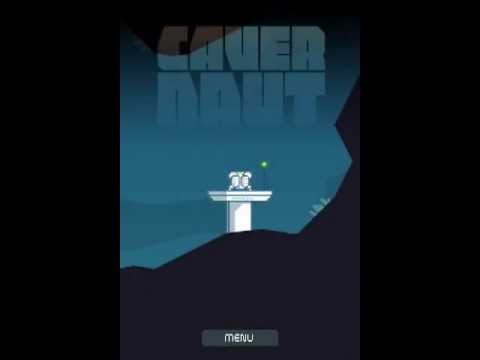 Luckily, there are luminum crystals that you can collect and then trade in for upgrades to your ship. There are also alien artifacts to find that may also help you out.

So if everything's going wrong at least you can improve your chances of success that way.

Cavernaut is due out on iOS this summer. But that release window isn't certain as it's the work of a one-man studio and things can go wrong.

Get out of a deadly alien mine in challenging cave flyer Cavernaut, out on iOS now